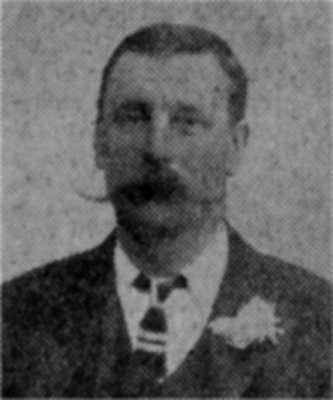 The remains of the late Mr. Willie Berry were interred last Tuesday afternoon, 24th September,at the Conisbrough Cemetery. Deep signs of respect were witnessed as the cortege wended its way down Tickhill Street, the blinds being drawn. Prior to the interment at Conisbrough, a service was held at the Denaby parish Church and was largely attended by friends. This was conducted by the Rev S.F.Hawkes, assisted by the Rev. J.W. Tunnicliffe. The Rev. S.F.Hawkes officiated at the graveside.

Mr. Berry was a well-known and highly respected man and was buried with every manifestation of deep regret. The St John’s Ambulance Brigade (of which deceased was a member) were in attendance, under the supervision of Sergeant Major Power and 4th Officer W.V.Simpson. The members of the Nursing Division were also in attendance. The coffin, which was borne by members of the Brigade, was of polished pitch pine, panelled and with brass furniture.

He lived with his 45 year old wife Anna, from Barugh Green They had been married for 25 years. 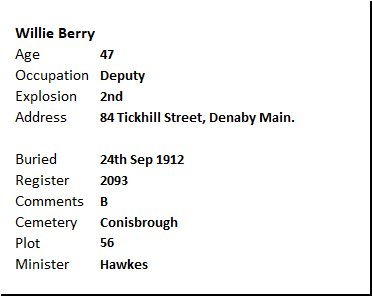 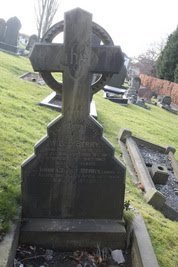 In loving memory of

who was killed in the Cadeby disaster

father of the above