The Last Victim
The Passing Of A Good Man
Mr. Charles Bury 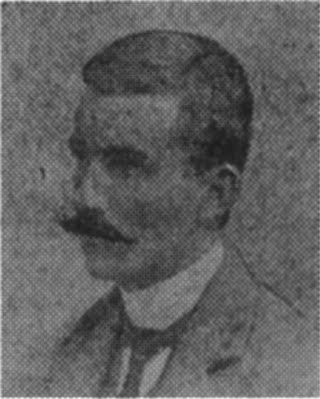 The latest victim of the Cadeby pit disaster is probably the most bitterly lamented, and when the news spread that Mr. Charles Bury, manager of the Cadeby mine, had succumbed under his terrible ordeal at the Fullerton Hospital early on Monday morning, wounds burst open afresh and the weeping and wailing broke out anew.

For he was a greatly admired and sincerely loved man. He was the idol of the colliers, and dearly esteemed of his colleagues and his numberless personal friends. He earned great respect for his distinguished abilities as a mining engineer, and his reputation as one of the cleverest mine managers in the north of England is not seriously disputed by anyone. But more than all his loss will be felt because of the sweetness of his disposition. He had a sunny temperament gilding real strength of character and force of determination, which bound him to the hearts of the people. He was one of the most genial and jolly of men.

In the pit and in the field of sport he was to be found keen and eager, but serene and smiling. Not a whisper of disparagement is raised throughout his wide acquaintance against his memory which will be kept fresh and green for many a year. He was young, slightly built, but hard as nails, and we all hoped against hope that he would weather through the terrible effects of the explosion. We knew that only Charlie Bury could weather through. But the deadly fumes of the mine laid too heavy a toll even upon his splendid constitution, and after fighting most gamely for nearly six days it was brain-trouble that came along and put an end to a career that was developing into brilliance.

Since the explosion Mr. Bury had fitful glimmerings of consciousness, and he died in a state of unconsciousness. It was a matter for general surprise that Mr. Bury had died a Roman Catholic. During his lifetime he was not prominently identified with any sect, though it was known that he had attended Mass at the Catholic Church with his aunt, Mrs. Agnes Bury, of the Red House with whom he lived, and it now appears that it was his secret desire to be received into the Body of the church, and that some time ago he expressed a wish that if anything happened to him, Father Kavanagh should be sent for. This was done on Sunday night, and in his dying moments, the ill-fated manager of an ill-fated colliery was received a Roman Catholic, with the prospect of a Roman Catholic burial. 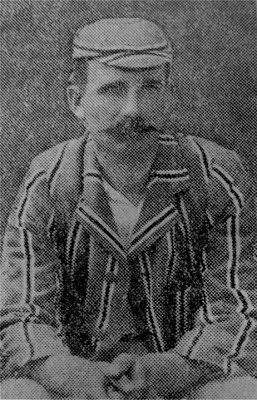 Widely as the young Mr. Douglas Chambers was mourned, he had not had the time and the opportunity for laying hold of the hearts of the miners that Mr. Bury had had. Mr. Charles Bury came to Denaby about twenty-four years ago as a mining student articled to Mr. W.H. Chambers, and he showed such excellent promise that at the early age of twenty-three he was given charge of the important colliery of Denaby Main, which he managed with rare judgement for eleven years, until in fact, last September, when he succeeded Mr. Witty ( appointed Agent ) at Cadeby and his place at Denaby was taken by Mr. Douglas Chambers.

Outside his direct connection with the collieries, his principal interest in the life of the village was located on the cricket field. For ten years he captained a very strong Denaby and Cadeby cricket team in the Mexborough League, a position of which he was very proud, and which he held at the time of his death. Two years ago he had the satisfaction of leading the team through the championship. He was one of the most enthusiastic cricketers that were ever known. The very drudgery of long-fielding was a pleasure and delight to him. In the course of a match he would run three yards to any other fieldsmanÂ´s one. He never attained any great proficiency apart from his capital fielding, and his record score in the League was forty-two, but his worth as a captain was considerable, and as a companion on a cricketing jaunt, inestimable.

What the loss of Mr. Pickering is to Yorkshire, the loss of Mr. Bury is to Denaby and Cadeby. He was a member of an old-established Barnsley family, of which his uncle, Mr. Reginald Bury, of the well-known firm of solicitors, is the present head.

The last rites of the Roman Catholic Church were bestowed on the remains of this nonchalant but gallant hero of the mine on Tuesday afternoon, and there was again a great gathering of the village people to watch the progress of his body to itÂ´s last resting place.

The little Catholic Church was quite crowded, and not the least sincere was the thick mass of colliers who stood at the back of the church and watched the last rites. The service was taken almost entirely in Latin, with all the ceremonial of the Catholic Church, and music, which was all Gregorian, was from WebbÂ´s Funeral Mass, Mr. Richard Dunn being at the organ.

Charles Bury was born in Bombay in India and at the time of the 1911 Census he was living with his Aunt 55 year old Mary Agnes Bury and her companion 49 year old Lucy Maud Wootton. They had a Domestic Servant, 21 year old Mary Annie Nicholson