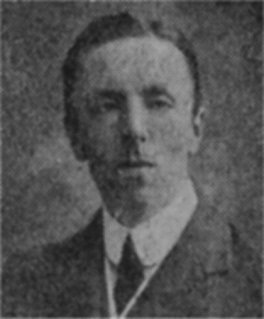 Another distinct loss is that of Mr. W.H. ChambersÂ´ young nephew, Douglas, who, after serving a pretty sound apprenticeship under Messrs. Thomsons, Manvers Main, and prior to that at Barrow Main was given the managership of Denaby Main a year ago, while Mr. Charles Bury moved on to Cadeby Main.
The appointment was looked upon as an experiment at the time, but the young man, who is only twenty-eight, justified himself at once, and was doing amazingly well when his career was cut short in this terrible fashion. With a few more years experience, most things would have been possible to Mr. Douglas Chambers.

He was one of the men of the future. Eight or nine months ago he contracted a very happy marriage at Wincobank, and the grief of his young widow must be irrepressible.

Only beloved son of

” At a cross-gate about eighty yards further on,” the narrative went on, ” we came across the rescue party named. They were apparently dead, with Mr. Bury the exception, but there was groaning from others in the group of victims who we did not know. Some of the party got Mr. Bury out and attended to him, we then came across Mr. Douglas Chambers. We thought there was a little life in him, and we set to work with energy trying to save him. But after trying artificial respiration for half an hour with oxygen there was no sign of life.

All the victims of the disaster were interred amid all the manifestations of grief and respect which rightly belonged to the manner of their deaths, but Mr. Douglas Chambers, the clever young manager of the Denaby Main mine, who died while engaged in rescue work and was cut off in an instant by the second explosion, had the funeral obsequies of a distinguished hero. Nothing like it had been seen in Denaby since the funeral of Dr. Twigg, and even that impressive spectacle was outdone by reason of the infinitely more sombre setting to the present scene.

When Dr. Twigg was laid to rest the whole village mourned him, but now they were mourning not only Mr. Douglas Chambers, but eighty-six other brave men who died at their duty.

The funeral service was timed for three oÂ´clock, but in the mighty confusion which the disaster had produced, time-tables were as things of nought, and punctuality one of the most difficult of virtues. There was a great gathering in the neighbourhood of the dead managerÂ´s house, `PeverilÂ´ in Elm Green Lane, but there were only two coaches leading the hearse containing the mortal remains of a young man who was just winning his way in the world and in the hearts of the people among whom he worked. The huge procession walked through the village to the church, and so on to the cemetery.

The hearse was preceded by the Denaby Main Ambulance Band, headed by Bandmaster, Mr. Moses Soar, and they played that terrific dirge from Â´SaulÂ´. Then came a long double-file of ambulance men, about one hundred and fifty of them all told, and then the coffin and the mourners. Behind the carriages came an open landau packed with wreaths, and behind that the long silent, bareheaded, Black- garbed procession of men representing the mining of South Yorkshire.

There were colliery directors, mine managers, mine officials and colliers, all intermingling in one common sorrow, and there were also representatives of other institutions in which Mr. Douglas Chambers was interested.

Sergeant Parkinson, of the Wath Ambulance Division, of which Mr. Chambers was Superintendent, had pride of place among the ambulance men and prominent among them was Sergeant Winch, of the Wath Rescue Station, who narrowly escaped the second explosion, and made gallant efforts to save the poor fellows who were wiped out by it. Superintendent H.S. Witty led the ambulance party and marshalled the procession, and other Superintendents of Ambulance present were Mr. A.H. Barnard ( Denaby ), Mr. P. White ( Mexborough ), and Mr. H. Williamson ( Melton ), but they were in mufti, and took their places in the general ranks of the mourners. Other officers of the Ambulance present were Fourth Officers Mr. V.S. Simpkins and Norman Walker ( uniformed ), and George Mills ( mufti ).

Also appearing in the ranks of the ambulance men were Surgeon F.J. Burman of Wath, and J.J. Huey, of Mexborough, while Surgeon L. Ram of Swinton was also present amongst the mourners.

Surgeons McArthur and Forster were at the time busy fighting for the life of Mr. Charles Bury, the other mine manager involved in the disaster.

From the main road opposite the little chapel, up to the churchyard railings and so on along to Tickhill Square, there must have been ten thousand people congregated to watch this heroic young man take his last journey, and the hush which fell on that great crowd as the cortege appeared `in sightÂ´ to the strains of the slow measured accompaniment of the `Dead MarchÂ´ in Saul, was one of the most impressive things I have yet encountered in a disaster in which nothing failed to impress.

The church, which is one of the most commodious in South Yorkshire, was well filled with mourners as the body was rested in the chancel, and the bearers :-

took their places in the choir-stalls.

The Bishop of Sheffield, and his successor in the living of Doncaster, Canon Sandford, were stationed by the altar, and the Vicar of Denaby Main, the Rev, S.F. Hawkes, was at the prayer desk. Also assisting was the Rev. W.J.W. Tunnicliffe.

Ranging back behind the chief mourners was a cloud of men well-known in South Yorkshire mining, and in the world of public affairs.

The chief mourners were :-

Mr. Herbert Ingold, of Wincobank, ( uncle of the widow ),

Among the public representatives who followed the last remains were :-

J. Buckingham Pope ( chairman of the Denaby and Cadeby Collieries ),

Mr. W. Venables, and many others.

After Canon Sandford had read that chapter from the Epistle to the Christians, which gives to us the beautiful hope of Resurrection, the Bishop came down the chancel steps and addressed that big assembly of mourners.

The first words he spoke to them, he said, must of necessity be words of sympathy with those in that church who had been bereaved of those who were near and dear to them.

” Only a few days ago,” he continued, ” all seemed smiling and happy. Work was good, wages were good, the weather was good, and altogether it seemed to be good. Then, all in a moment, a cloud descended upon us, and we are plunged today in the darkness of the shadow of death. For those who have lost their nearest and dearest our hearts beat, and go out to them in prayerful sympathy that God may succour them in their time of trial and trouble.”

respect for the heroism of those who were ready to die, and ho are always ready to die for those who are perishing. Thinking as I do of the late Chief Inspector of Mines of this district, who is to be interred tomorrow at Doncaster, and whose body I saw only the other day with the medal of a hero lying on his breast given to him by the present King, I remember how he used say, ” When I want a rescue party and call for volunteers, there are always three times as many offer as I can take down.”

One further word I would like to say. We cannot at this moment understand the mystery of this visitation. At the beginning of this week everything seemed to be inspiring and glorious. Our King and Queen have been in our midst, and we know how you value the sympathy of their Majesties. On Monday last they came rejoicing through the Don Valley. The shadow of death so to speak has come to the foot of the throne and the King of Kings has asserted his dominion.

Possibly he may have drawn the earthly King into a closer bondage of love and sympathy with Him.

God moves in a mysterious way. That mystery will be revealed in the great day of revelations. ” What I do thou knowest not how, but thou shalt know later.”

The Gathering Of A Storm.

The heat of mid-afternoon was sweltering, and as the great company of mourners moved slowly out of the church to the accompaniment of the sweetly, pathetic strains of ChopinÂ´s Funeral March, played by Mr. P. Green, the thunderclouds lowered and shortly the lightning flashed in great blue jagged streaks, adding the last touch of fitness to the scene. It seemed to be GodÂ´s great natural illustration of what happened down that terrible mine ; the flash of flame and then the dull roar of the explosion. The band was silent now. Only the voice of the heavens could be heard, and at last the body of Douglas Chambers was committed to mother earth in a corner of the cemetery, the head of a long line of ominous looking trenches. It was very fitting that the mine manager should be buried with his men, as the dead captain on the field of slaughter.

The coffin carried one bunch of lilies from the widow and parents of the poor fellow, but a continuous stream of floral tributes was passed along the line of ambulance men and placed around the open grave when the mourners had taken their last look.

The coffin, which was of unpolished oak, was made by the brothers Robinson, who carried out the funeral arrangements, and it bore the simple inscription :-

The wreaths, of which there were a large number, included a tall white cross inscribed, ” To our darling boy with God, from his father and mother,” and the following : ” To our dear boy, from his auntie Annie and Uncle Willie ( Nicholson)

; to a very dear nephew in loving memory, from uncle Jack and auntie Maggie

( Ropner ) ; in loving memory of dear Douglas, a hero, from Mr. and Mrs. Brooke Willis ; with sincerest sympathy from Mr. F.H. Pochin ; a token of respect and deepest sympathy, from Winnie ; with all love ( Miss McGregor ) ; a token of sympathy from the directors of Hickleton Main Colliery ; from all at the White

The final notes of the stirring `Last PostÂ´ had scarcely ceased quivering from the open grave when a terrible storm broke overhead, and torrential rain fell for half-an-hour, the storm being one of the fiercest known in Denaby for many years. The mourners at the funeral managed to reach shelter in time, but other mourners were less fortunate, particularly those at the funeral of Frederick J. Horsfall, a Sunday School teacher, who was included among the ill-fated deputies, and they had to brave the fury of the elements at the graveside.

In consequence of the downpour the remainder of the funerals were considerably delayed, and the clergy did not conclude their sorrowful work until half-past eight in the evening.