Story Of His Career. Public Interest In The Funeral. 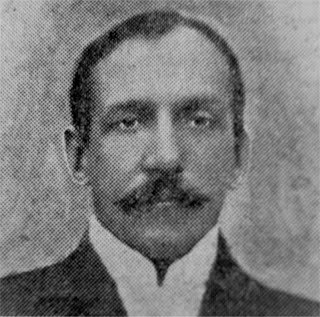 The body of the late Mr. Eli Croxall, afternoon under-manager, was one of the last to be recovered from the Cadeby mine, where, in common with so many other brave fellows, he met hid death in the disastrous explosion of July 9th

The large number of people that attended the funeral on Sunday evidenced the respect the deceased gentleman had gained during his working connection with the Cadeby Colliery and his residence at Denaby.

The late Mr. Croxall came to Cadeby in 1904, and was rightly appreciated as a thoroughly competent mining official. He had earlier gained valuable experience with the Walsall Wood Colliery Company Ltd. (Walsall Wood and Pelsall Collieries whose manager Mr. Arthur Hall ), gave him the following good testimonial :-

” This is to certify that I have known Mr. Eli Croxall for the last seven years. He has been my under-manager here during that time. He has been employed here by this company and the late Pelsall Coal and Iron Co. Ltd. for 24 years in the following capacities ;-

I have always found him to be a steady, honest, obliging, industrious and capable under-manager. He has had a great deal of experience in wet and difficult seams with bad roofs, and also seven or eight years experience in electric coal-cutting. He is a thoroughly practical man and well-used to the handling of men, and I can well recommend him for a similar post to that which he has held here. The sole reason for his leaving was the closing of the collieries.”

That is a tribute which speaks for itself. The truth of it all has received confirmation by the satisfactory service Mr. Croxall subsequently rendered to the Denaby and Cadeby Main Collieries Ltd.

In the social movements of Denaby the deceased was a prominent figure. He resided in Tickhill Square, and was a main supporter of the cricket and bowling that have their home nearby.

The funeral took place on Sunday, and was conducted by the Rev. S.F. Hawkes ( Vicar of Denaby ), who held the first portion of the burial service in the Parish Church. The widow ( Mrs. Croxall ) was unable to attend through illness and her inability to leave her bed, to which she had been confined for three weeks.

The scene at the Denaby Cemetery, as the Vicar uttered the committal sentences was a very impressive one.Some of the wreaths and flowers sent bore the following messages :-

” To one we have loved and lost, from his sorrowing wife and children.”

” With love to dear Daddy, from Clarence and Archie.”

” In affectionate remembrance of our dear brother, from Mr. and Mrs. Trueman.”

There was also a wreath from Mr. and Mrs. Bateman ( under-manager Shirebrook ), and flowers from Mrs. Bucknall and Mrs. McDonald.

The funeral arrangements were carried out by Mr. L. Robinson. Mrs. Croxall and family desire to return their heartfelt thanks for the kindness shown in their sad bereavement. Eli CroxallÂ´s headstone

Sacred to the memory of my dear husband

Whose life was lost in the

And whose remaind were interred here

In the midst of life we are in death

Also of his wife Clara