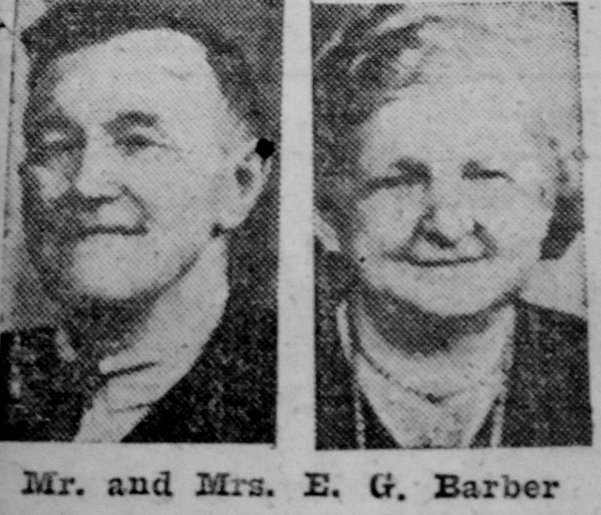 Mr and Mrs E.G.Barber, of 9 Harthill Road Conisbrough, celebrated their Golden Wedding on Sunday. They have lived in Conisbrough 46 years.

Mrs Barber has for many years been a member of the Conisbrough Remains Labour Party, and on Thursday members give her a tea party at which she received greetings telegrams from friends of the Don Valley Divisional Labour Party.

The couple have five sons and four daughters and 19 grandchildren. The younger son and a grandson are serving on the Western Front.