It is our duty to record this week the demise of Emma, Lady Francis, widow of the late Sir Philip Francis, G.C.B. and daughter of the late Rev H.Watkins, Prebendary of York and Southwell this excellent lady expired at a pleasant residence at Conisbrough, near Doncaster, on Tuesday the first inst. 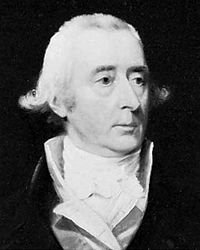 The authorship of the famous “letters of Junius” has been attributed to Sir Philip Francis (picture on left) on better ground’s than have been advanced in favour of any
of the numerous persons who claims to the honour of being from time to time suggested. The riddle, however still remains unsolved.

The death of the widow of Sir Philip will, in all probability, re attract attention to this literary problem. Sir Philip was twice married. By first wife he left a son, Philip Francis, Esq., who was called to the bar, and two daughters, both of whom were married. He married a second time Miss Watkins, the late Lady Francis, who has as already stated expired on Tuesday last at Conisbrough the 74th year of age.

The Owner of the Manor of Conisborough claims Three Baronies. (pictures)