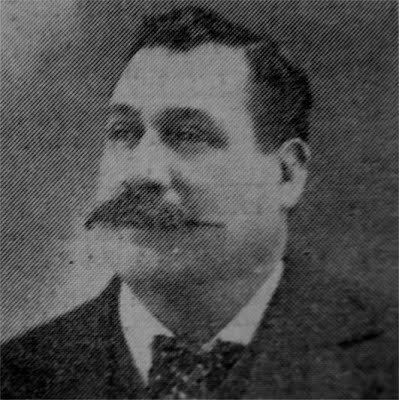 While at Denaby Mr Gibbs has been interested in all charitable organisation and anything or anyone needing a helping hand, being particularly helpful during the Cadeby disaster.

He was strongly interested in both the Football and Cricket clubs, and was for many years, the Inspector of the Conisbrough and Mexborough Fire Brigade.

Mr Gibbs was a native of Staffordshire, and was at one time in the police force at Wolverhampton. Mr Gibbs was an active worker in the local Discharged Sailors and Soldiers movement, and was always willing to help any of the soldiers or sailors. All the men he employed at the Denaby Main Hotel were ex-servicemen.

He was a devout Roman Catholic and a generous friend of the Roman Catholic community at Denaby Main, whose schemes have been greatly helped by his support. The proudest day of his life was when he had the honour of entertaining at his hotel, 18 months ago, Cardinal Bourne, on the occasion of his Eminence’s visit for the celebration of the “Silver Jubilee” of St Albans Church.

Among a number of beautiful windows given to the church on that occasion were two contributed by Mr Gibbs as a family Memorial.

Mr Gibbs was bluff, hearty, and good-natured, kindly and generous, but also firm of purpose, and strong of will. He had the courage of a lion, and often needed it, for he was in charge of a very large business requiring the strictest and firmest control. He was a sound and successful businessman, and earned both the goodwill and respect of the whole neighbourhood.

The funeral took place on Monday,a service being conducted at the Denaby Main Roman Catholic Church by the Reverent Canon Leteux. Shops and houses on the route to the church all had blinds drawn, and there was a general respect shown throughout the village.

Amongst many others there was a wreath from ” his loving wife, Sue,”

A wreath from the staff of the Denaby Main Hotel bearing the inscription ” a loving and just master; a dear and devoted friend, a benefactor in times of need; he loved his staff, his staff loved him. Forever is his memory enshrined in our hearts”

There was also a wreath from the colliery company, bearing the words: “a last tribute to an old and devoted servant from the chairman and directors of the Denaby and Cadeby Colliery Company.”

At the service held in the Roman Catholic Church Canon Leteux said;

“Mr Gibbs was an outstanding personality in old and new Conisbrough. His loss left a great gap in the public and charitable life of the community, and the loss would all be felt by all, rich and poor, old and young; by his familyfor hewas a faithful, loving and generous father; by the poor and afflicted, for he had a heart which was never appealed to in vain; by his fellow Catholics, whomhe alwayshelped generously, with money, offering sympathy and advice. He will be missed by the Colliery Company, whom he served so faithfully, for he was a keen, successful businessman, honest to the core, always keen and alert to forward their interests.”

“Lastly,” said Canon Leteux, “he will be missed by myself personally, to whom he was a good and generous friend. We all extend our deepest sympathy to his family in their loss.