Parochial Tea And Entertainment At Conisborough.

The annual parochial tea and entertainment, in connection with St. Peter’s Parish Church, was held yesterday at Conisborough. Tea was provided in the Sunday School and was well attended, trays being given by the ladies and gentlemen of the congregation, the following being those who subscribed for this purpose or presided at the tea:

The entertainment was held in the Board Schools, Mr. Godfrey Walker, J.P., presiding.

The Vicar, the Rev. G. H. Stock, in the course of a brief address congratulated the Churchmen of Conisborough upon their unity, and remarked that the present was a time when Churchmen ought to be thoroughly unanimous and one at hear. (Hear, hear.) He referred to the condition of the churchyard, which he described as disgraceful, and said he thought a committee might be formed to take up the question and place the churchyard in something like the state it ought to be (Hear, hear.)

The entertainment was then proceeded with the following being the programme: –

Mr. Gillott proposed a vote of thanks to Mr. Greathead for gratuitously erecting the concert platform, to the ladies providing and presiding at the tea tables, and to the artistes contributing to the entertainment.

Old Song Sheet of ‘Quite English you Know’ 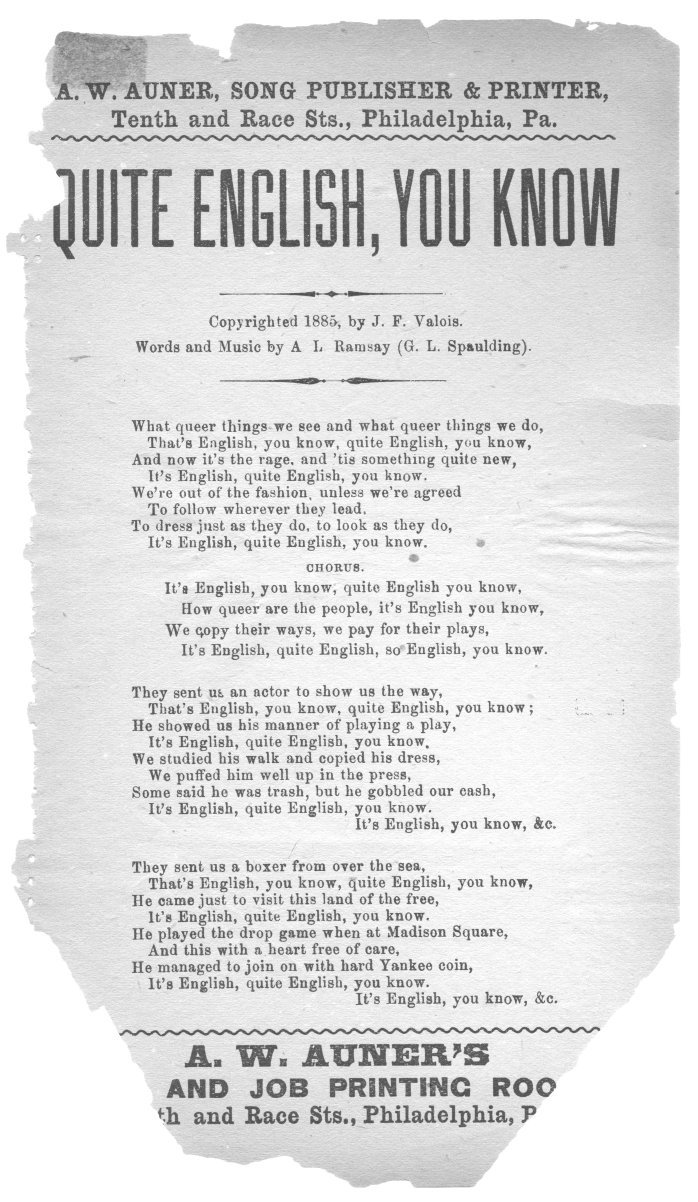