Heard His Own Hymns
A Versatile Conisbrough Veteran 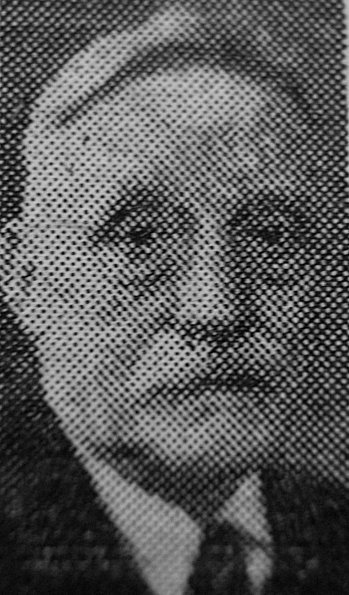 At 72, Mr George T Birdsall, a retired mineworker, 9 Minneymoor Lane, Conisbrough, is poet, philosopher and writer of short stories in the Yorkshire dialect, recitations and hymns.

For 40 years he has been a member of New Hill Methodist Church, Conisbrough, and on Sunday and Monday he sat in the church at the Sunday school anniversary and listened to the children sing his hymns.

This writing and his garden – he has a magnificent display of flowers, rock plants, cacti, unusual grafting is, fruit trees and kitchen requirements – are Mr Birds all’s hobbies.

Mr Birdsall told the “South Yorkshire Times” that he had submitted 13 hymns to the Sunday School committee and they had chosen three. With the exception of a poem he wrote for the programming Conisbrough’s 19 – 18 war memorials in vain, these were the first three pieces had published, but for years he had written many recitations for Sunday School anniversary.

Two of the hymns, Mr Birdsall explain, had been set to music for this week’s anniversary by Mr J.H.Brocklesby (Scunthorpe) a member of a well-known Conisbrough family, and the third, a congregational hymn, was sung in Tallis’s Ordinal.

For 40 years until his retirement three years ago, Mr Birdsall worked at Cadeby Main Colliery. First he was a collier, and then, from 1915, he worked as an onsetter – mostly on nights – and this work, Mr Birdsall thinks, had much to do with the choice of verse writing as a hobby.

“Often I would not see anyone for five hours,” he said, “and I would think of verses as I was alone.”

Mr Birdsall first began to write poetry for the Great War, and now, at home, he has a prize volume, neatly indexed, in which he sets down his thoughts. Here is a verse of “The Miner”:

Miner, is it always dark
Does the sun never shine
Do you never hear the lark
Down in the deep coal mine?

Some of the most simple sonnets Mr Birdsall has written for his three grandchildren; others have been inspired by Conisbrough Castle and “Thoughts in a Village Churchyard.”

The Birdsalls can trace their family through the parish registers of Church Fenton, near York, without interruption for over 500 years. Almost without exception, they have been small farmers. Mr Birdsall was the first member of the family to go down the mine for a living.

Three years ago the name died out in the village, but the family will live on at Church Fenton through a daughter of the last male Birdsall resident in the parish.

As a young man, Mr Birdsall entered Thornhill Calms (Dewsbury) and was there when there was a terrible explosion which killed nearly 140 men. Only nine men got out of the pit alive – Mr Birdsall, of course, among them – and one died later.