Five veteran domino players, whose ages total 380 years, are challenging any team in South Yorkshire to a game—because they cannot find anyone to beat them.

The “unbeatables,” all old age’ pensioners, are patrons of the Eagle and Child Hotel, Conisbrough. Every day for years they have played dominoes at the pub,” but because they have not enjoyed a hard game for some considerable time their enthusiasm is waning.

Mr. Gomer Davies, landlord of the Eagle and Child, told a “South Yorkshire Times” sports reporter this week: “We are hoping a team will accept the challenge. It will be a change for them to have a hard game.

“Whoever accepts the challenge will have a hard task. They have been playing at dominoes for years. 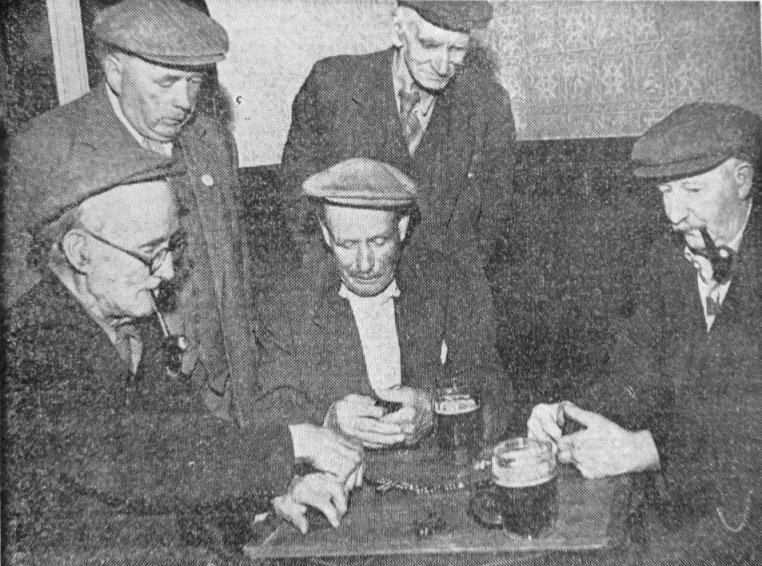 These five “old ‘uns ” have beaten all challengers at dominoes at the Eagle and Child Inn, Conisbrough, and are now looking for other challengers In Yorkshire.

Darts and Dominoes Are Their Weapons