One of “Wicked” Denaby’s Just Men 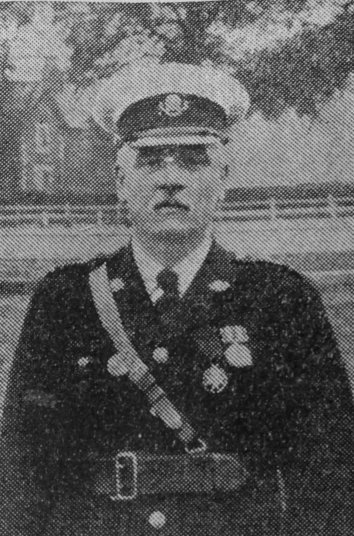 A gathering of considerable interest to the officials and employees of the Denaby and Cadeby Collieries was held on Saturday in the headquarters’ club of the Denaby Ambulance brigade.

Mr. Milnes, has been connected with these collieries for the last 40 years, and during that time has won the regard and esteem of the management and the people with whom he worked. He was a keen worker for the St. John Ambulance Brigade, and did much pioneer work in the formation of the Denaby Corps. For many years he held a commission In the Denaby Corps, and only within the last few years was he transferred to the reserve list. For many years he served in an official capacity at the Cadeby Colliery, and later came to Denaby, where he was assistant to the late Mr. John Soar. At Mr. Soar’s retirement in 1911, Mr .Milnes was appointed under-manager, a position which he faithfully fulfilled until his retirement this year.

The gifts consisted of a silver tray and wallet containing notes and bearing his initials. The tray was inscribed “Presented to Mr. George Henry Manes by the officials and workmen of the Denaby and Cadeby Main Collieries, Ltd., as a token of their appreciation and esteem on his retirement after 40 vans’ service as an official at the collieries.”

Some remarkable tributes were paid to Mr. Milnes on Saturday evening. Mr. W. Still, the manager of the Deaalay Colliery, presided. He was supported by Mr H. Hulley (agent to the collieries), Mr. E. T. Hardy (chief engineer), Mr. Norman Higley (manager of the Maltby Colliery), and Messrs. R. Ross and J. Whimpenny (under-managers at the Denaby Colliery).

Mr. Still said that when Mr. Milnes heard of the presentation he particularly asked that it should be made at the Ambulance Club, amongst his old friends, because of its old associations. He had been a member since its formation, and had also been a moving force in the success of the club. During the time he (Mr. Still) had been acquainted with Mr. Milnes he had found him a friend and colleague, who did his work in an efficient manner and in strict justice to the men and the company. He had proved himself one of the most loyal officials any company could have. He had served the Denaby and Cadeby Collieries 40 years, and never earned a single word of complaint.

“We who know him know his good heart. We also know the difficult jobs he has had to do, but he has always carried them through successfully. We are sorry ill health compelled him to resign. He was so conscientious, and felt that he was not earning his money and desired to retire.”

It was pleasing to note that he was looking better, and they wished him improved health to enjoy his retirement.

Mr. E. T, Hardy (Chief Engineer) thanked Mr. Still for the opportunity of adding his testimony on the occasion of the presentation to Mr. Milnes. Forty years was a huge slice out of any man’s life, and he hoped as the years went by his health would improve. His good nature would keep his friends. On behalf of all the surface officials he extended good wishes for the future.

Mr. Norman Hulley (manager of Maltby Colliery) expressed the good wishes of the old Denabyites at Maltby, and paid a personal tribute to Mr. Milnes, with whom he was closely associated during his time as assistant manager at the Denaby Colliery.

Mr. W. Wilkinson (under-manager at the Cadeby Colliery) recalled the work done by Mr. Milnes, for the benefit of the village, apart from his efficiency as an official. He had been a keen worker for sport, he was a pioneer of the Fullerton Hospital movement and the ambulance movement, and any work which had been for the good of the village George Milnes had been behind it. The Cadeby officials had been pleased to join in toe presentation to show their appreciation of a valued worker.

Mr. H. Hulley (Agent to the Denaby, Cadeby, and Maltby Collieries), on rising to hand over the gifts, said he had never had greater pleasure in making a presentation than on that occasion, and yet it wee tinged with sorrow, because it meant they were losing a valuable servant and a good friend and comrade. They were pleased to know he intended to stay amongst them, and they hoped still to have his valuable assistance. The Company did not want him to retire, but he had been so conscious of his ill-health that he expressed the wish to retire. It was impossible for him (Mr. Hulley) to express the esteem in which Mr. Milnes had been held. They all knew his qualities and the work he had done in his time for the village. Many an old couple in Denaby would miss him. The sympathy and help which he and his good wife had given to many homes had been done in a quiet and unassuming way. They had not only given time, but money. He has also been one of the first associated with the formation of St. John Ambulance Brigades and that club. It was a tribute to any club to have a man of his calibre as a founder. They deeply regretted his resignation, but hoped he would enjoy better health. They hoped for many years to have the pleasure of meeting George Milnes. No man had given better service, and it should be an inspiration to all men to try and follow the good example set by him in the management of men. He (the speaker) well remembered the last time he visited the late Mr. W. H. Chambers he told him to tell George Milnes to “buck up and not get downhearted.” The Colliery Company was very appreciative of all he had done, and on their behalf be wished Mr. Milner a long and happy retirement.

Mr Milnes was given a great ovation on rising to acknowledge the gifts. He expressed his thanks for the very kind words which had been spoken, and paid a tribute to the people of Denaby. He came to Denaby from Thornhill 41 years ago, and could honestly say he bad never had a wrong word said to him by anyone in this “wickedest place in the area.” (laughter.) He had enjoyed his life in Denaby, and his work had always been his pleasure, too. He gave a word of advice to the younger officials, and kept the company amused with several humorous anecdotes. He expressed his thanks to all subscribers to the gifts, and thanked the Colliery Company for the way in which they had accepted him and acknowledged his work. The saddest day of his life had been the last day at the pit.

The company assembled rose and sang “He’s a jolly good fellow,” and then gave three cheers. Mr. J. McFarlane, an old employee at the colliery, expressed good wishes on behalf of the workmen.