(Top picture from Mexborough & Swinton, bottom from my collection) 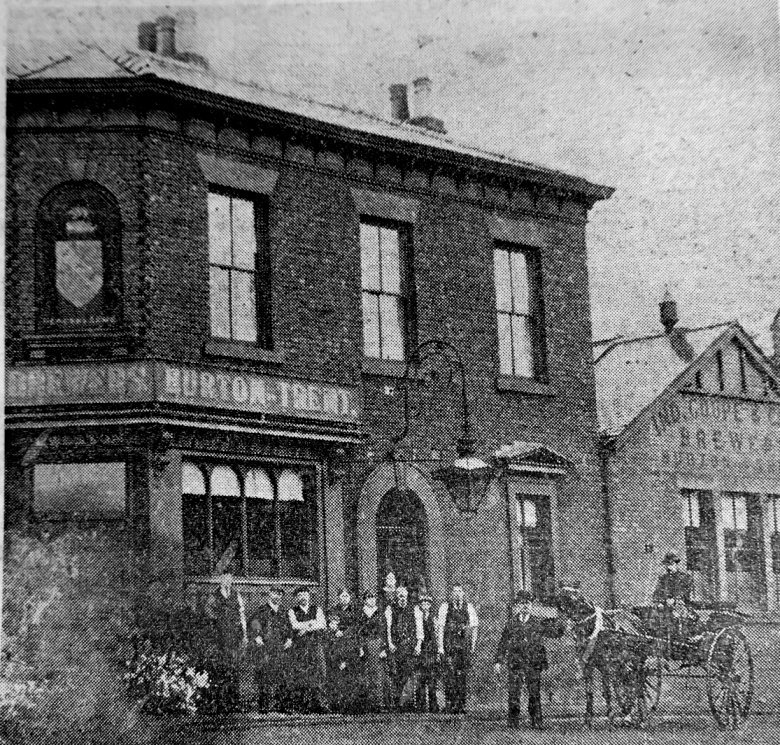 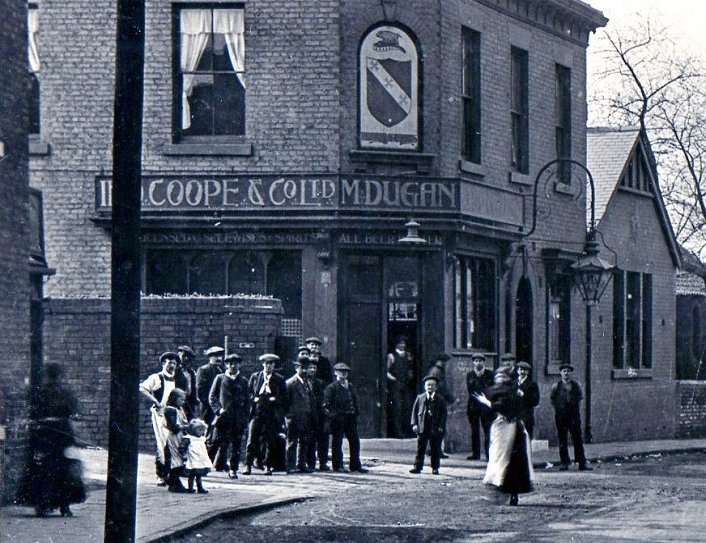 For many years people in the area around Denaby must wonder why the Reresby arms is nicknamed the “Pig.” A photograph found by Denaby resident in the cellars of the “pub” this week, offers a likely solution.

The photograph was found by Mr Hotchkiss, of 11, Maltby St, Denaby Main, during a clean operation. It shows a group of Denaby people standing at the front of the old Reresby Arms.

Most interesting, however, is a Reresby coat of Arms, situated on the frontage immediately above the main door. A shield is surmounted by a coronet, upon which stands a rather ferocious -looking boar (the “pig”).

The old building was demolished and a new Reresby Arms built on the same site. Mr Hotchkiss told our reporter that he believes the photograph was taken about 50 years ago.

Many other members will be revived for old Denaby residents. On the extreme right of the picture is the bell tower of the now demolished Saint Chad’s Church.

Mr Hotchkiss cannot recognise any of the residents in the group. Perhaps there are some old Denaby resident who can remember acquaintances of years ago?

Keen observers may be able to see one of the smallest “resident” of the old Reresby Arms.if they peer closely. Perched some 5 feet above the coat of arms, on a ledge beneath the guttering, is a plump house sparrow!

Above the main door of the letters “T Walton,” presumably the licensee of the old Reresby Arms.at that time. Also of interest is the huge ornate gaslamp, above the side door.

Novel Wager – Colley’s Pig Powders and Their Worth