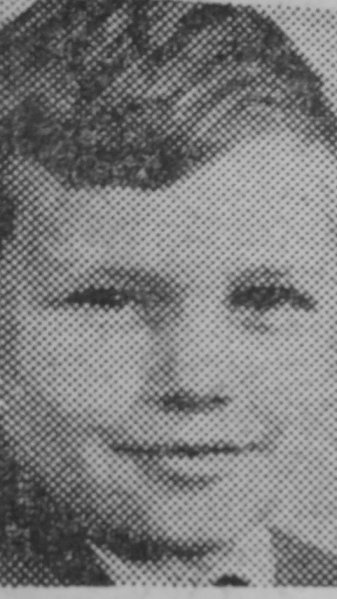 Twelve-years-old Paul Michael Wynn, Only son of Mr. and Mrs. Wynn, “Saint Bees”, Low Road, Conisbrough modelled boy’s clothes in a style and fashion parade at Doncaster yesterday (Thursday) afternoon and evening. Paul, a student at Doncaster Elgin House Prepatory School, was chosen because he had the right height and measurements.

His parents, Mr. Kenneth Wynn, who is employed at Aldwarke Colliery, and Mrs. Joan Wynn, attended the show yesterday evening. Mrs. Wynn told our reporter “Paul was a little anxious at first, but after a while he was looking forward to it. He didn’t get a complete holiday from school —he had to go there first in the morning.”

Does Paul, want to be a model  ? “I do not,” he declared emphatically. “I want to join the Royal Navy when I leave school.”