A Conisbrough Diamond Wedding in Kent 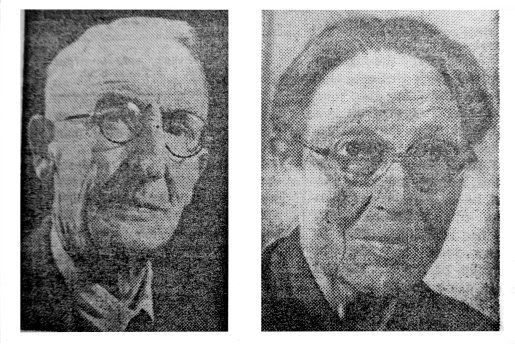 Mr and Mrs Smith were married on July 28, 1890, and some two years later Mr Smith, now aged 87, was appointed head-teacher at Morley Place School.. He held the position up to his retirement in 1924.

Mr. Smith took an active part in local affairs, being a churchwarden at St. Peter’s Church, Conisbrough, and an original member of Conisbrough Urban Council.

In a varied career, Mr. Smith worked his way up from part-time work in a woollen mill. He was born at Riddlesden, near Keighley, and started work at the age of nine. He would work in the mill from 6 a.m. to noon and attend school in the afternoon. He subsequently gave up his work in the mill and attended school full time, later becoming a pupil teacher and going to St. John’s College, York, for training as a teacher.

Born at Conisbrough in 1865, Mrs. Smith received her early education at Cusworth. She became a pupil teacher and obtained a teaching certificate without attending college

On retirement, Mr. and Airs. Smith went to live in Harrow, Middlesex, and moved in 1936 to their present home.

Apart from a 12 months’ spell from September, 1940, when bombing was particularly intensive, they remained at their Bromley home. It was only with the utmost difficulty that they were and persuaded to leave Bromley and join their son, Mr. F.L. Smith at his home in East London.

They returned as soon as they felt things were a little quieter.

During the flying bomb. All the windows were blown out of their house and most of the roof remove. But this grand couple were asleep in their shelter downstairs and took the whole thing quite calmly.

Both Mr and Mrs Smith enjoy good health. Mr Smith had turned 50 before the ever consulted a doctor, and was playing golf at 70.

He was a member of Thrybergh Golf Club for a number of years.

Shortly after his retirement he started work  on two booklets on Conisbrough Castle and Roche Abbey,  entailing considerable research at the British Museum.