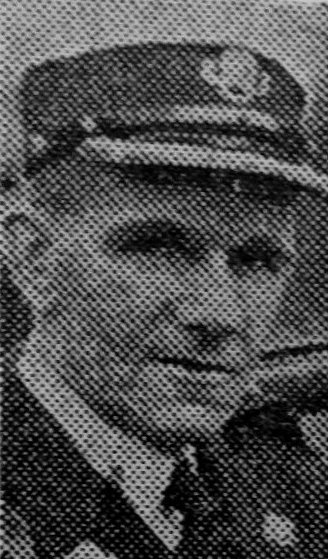 Mr. Clifford John Pickett, M.B.E., M.C. of “Holywell” Park Road, Conisbrough, Denaby Main S.J.A.B. Corps Supt., and a former under-manager at Denaby and Cadeby Collieries, has retired after 54.years in mining. He is 67.

A native of Bath, Mr. Pickett began work at a colliery in his native county at the age of 13 and in 1910 he moved to Cadeby Main Colliery, where he worked until he enlisted in 1914.

On his return from Service he studied mining at Barnsley Technical College and returned to Cadeby, where, after being a deputy and overman, he was appointed under-manager in 1926.

Eight years later he Denaby Main as undermanager in the Parkgate seam, where he worked for about 20 years. After being under-manager in the Barnsley seam for two years he became director of deputies’ classes 1952 for N.C.B. No. 3 Area at Wath in 1952.

On the advent of the 1914-18 war Mr. Pickett joined the K.O.Y.L.I. He later volunteered for the Naval Division and then for the Balloon Section, whose fights over London had the object of listening  for enemy Zeppelins.

He went next to Gallpoli, and as a Petty Officer was one of the last party of 14 men to leave the beach. He held the rank or Sub-Lieutenant when he was awarded the Military Cross in action at Cambral, France.

Sport has always had a prominent place in Mr. Pickett’s life. At the age of 67 he is still regularly playing tennis and badminton.

Cycle racing, however, was his first sporting interest. As a youth in Somerset he won many track and road racing prizes, and took part in a race from Bath to London and back.

On his last track appearance before the First World War broke out he completed the mile and half-mile “double” at a Conisbrough meeting. He won the Middle East Forces’ quarter-mile athletics championship while serving on the Bulgarian frontier.

Despite a wound which narrowly missed his spine and curtailed his athletics, he took to high jumping and won a Divisional Championship and after demobilisation he won the high jump three times in Ambulance Brigade Competitions.

After playing football’ with Conisbrough Wesleyans in the Sunday School League, he turned eventually to tennis and badminton.

He was captain of Conisbrough and Denaby teams In the Mex-borough Association League for many years. He was also a Vice- president of Denaby and Cadeby Cricket and Midland League football clubs.

Still a noted cycling administrator, he is president of Conisbrough Ivanhoe Cycling Club.

For forty years Mr. Pickett has been actively associated with Denaby S.J.A.B. Corps. He joined Conisbrough Division In 1921 as ambulance Officer and was appointed Corps. Officer in 1924. For 24 years he served as Corps. Secretary. In 1945 he succeeded Mr. Norman Hulley as Corps. Supt.

In 1939 he organised the Civil Defence First Aid Posts and was second in command, as Captain, of Mr. Hulley’s company of the Home 3 Guard. From 1923 until 1938 he was a member of the miners’ rescue team and assisted at Maltby Colliery explosion, at two mishaps at Mitchell Main, and at a fire at Cadeby.

For 15 years he served on the management committee of Denaby Fullerton Hospital and was secretary of the local Soldiers’, Sailors’ and Airmens’ Help Society.

In 1949 Mr. Pickett was awarded, the M.B.E. in the New Year s Honours List. Three months earlier he had been invested by the Duke of Gloucester as an Honorary Serving Brother of the Order of St. John of Jerusalem.

Mr. Pickett, and Elsie A. Pickett, have been married 42 years, they have of daughter, Mrs. S. Portley,”Holywell Close,” Park Road, and two grandchildren. A nephew whom they brought up, Mr. Leslie Dearling, gained the D.F.C. as a Spitfire pilot in the last war.