A Reminiscence of Parish Politics

We reproduce an amusing cartoon, the work of the late Mr Hugh Dellow, a former member of staff, which was published in early ‘90s in connection with an exciting contest at Conisbrough for seats in the Doncaster Rural District Council.

The candidates, as “placed” are Mr Sammy Whitfield, Mr John Brocklesby, Mr David Robinson, Mr Frank Ogley and Mr Henry Baker, the last name represented in the style allusive of the dog which always accompanied him. 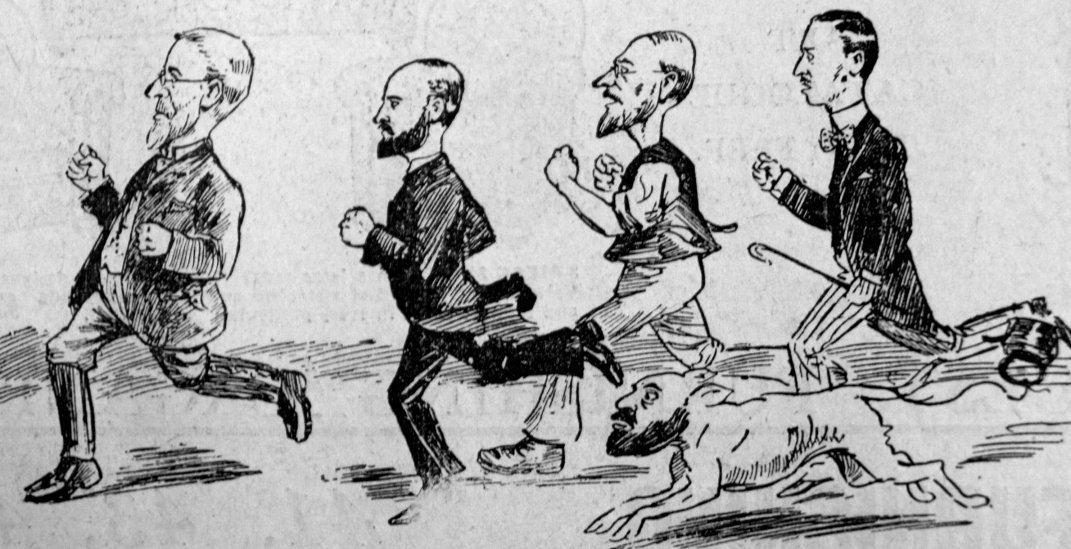