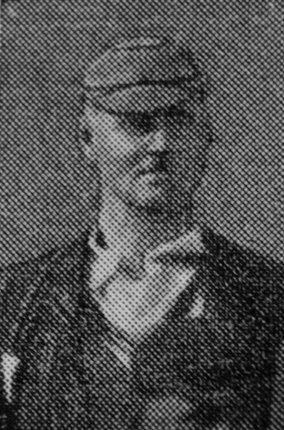 The death occurred on Tuesday at the age of 62 of Mr Arthur Robinson, a well-known personality in South Yorkshire, who has for many years been prominently associated with the sport of the district and especially cricket at which he displayed a particular prowess.

He died at his residence, 34 Cairns Road, Bay, where he had been living for several years since leaving Denaby Main

Mr Arthur Robinson came to Denaby Main about 1895 as a cricketer from Sutton in Ashfield, Notts, being a member of the well-known local cricketing family of Robinson, and in the heyday of cricket at Denaby Main, he and his brothers Mr Ernest Robinson and the late Mr George Luther Robinson were always to the fore in the team’s.

He was a very popular man of happy and friendly disposition, cheery and warmhearted and always ready to give a helping hand in a worthy cause.

He was associated with the Denaby cricket teams are about 30 years and in 1922 when he went to Whitehaven carry out some work there. He also played cricket. After four years there he returned to this district

After a brief stay he again departed, this time to Beighton, where he has been for the last eight or nine years.

He shone at as an Off Spin bowler, was always a useful bat and in fact a good all-rounder.

His interest in Denaby Main was always maintained, and many times was he seen round the old cricket ground, where he spent so many happy days.

During the last two years he had acted as umpire for Yorkshire Council matches and in the Derbyshire League He had not enjoyed very good health for the past four or five years and it is now nearly 2 years since he was able to visit Denaby Main.

During the years he was at Denaby Main before 1922, he was employed at Denaby Colliery as a builder and contractor while his brothers Messrs E and GL Robinson were contractors and builders with a large business in the district as well as carrying out all the repair work for the colliery company.

Mr Arthur Robinson will be remembered by  all who remember him with gratitude and kindness to them.

He leaves a wife, three sons and three daughters

52 years “in the field” – Head of Sporting Family Quits (picture)

Mr. G.L. Robinson – A Notable Cricketer – To Be Buried In His Colours. (picture)