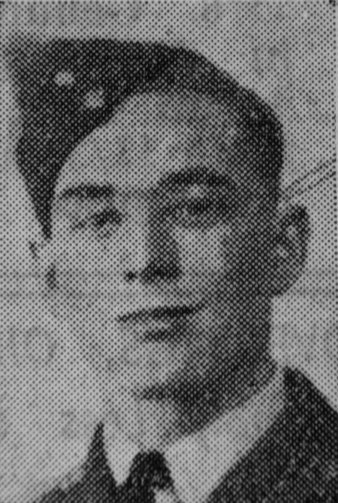 This is a photograph of Sergt-Observer Eric Wood (20), elder son of Mr. and Mrs. Fred Wood, of Daylands Avenue, who, as reported last week has been killed while serving with the R.A.F. Sergt. Wood was an old boy of Mexborough Secondary School, and at one time employed at Messrs. Kilner Bros, glassworks.

The funeral of Sergeant Observer Wood took place at Conisborough on Monday. A service, conducted by the Vicar, Canon H. T. Eddershaw, preceded the interment at the cemetery. The coffin was draped with the Union Jack, and was borne by members of the Denaby Main Wheelers’ Cycling Club, of whicn Sergt. Wood was a member before he volunteered for the Air Force.