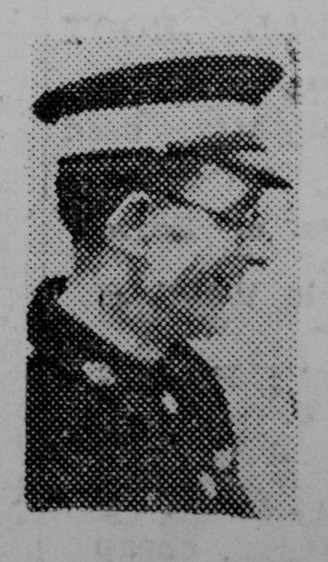 Along with 46 others at an investiture at the Chapter Hall, Clerkenwell, London, last Thursday, Mr. Percy Murgat-royd (61), of 88, Tickhill Street, Denaby Main, received his insignia of the Order of St. John of Jerusalem, which he was awarded in 1945.

Mr. Murgatroyd (or Sergeant), as he is known in the Denaby branch of the St. John Ambulance Brigade), joined the Brigade in 1907, and gained his first aid badge the following year. He has been a sergeant for over 20 years. He has now become the seventh member of the Denaby branch to be made an Honorary Serving Brother of the Order, an honour given for long and faithful service.

The investiture was made by the Lord Prior, Lord Wakehurst. Mr. Murgatroyd was accompanied to London by his wife and daughter Marjorie. Although he has only just received the silver, eight-pointed cross on the circle, which is the actual medal, he has been wearing the black ribbon with the small cross for four years, along with his Victory, General Service and Defence medals (he served in France, Egypt, and Palestine with the RAMC during the First World War).

The only survivor of the Cadeby Main disaster in 1912, Mr. Murgatroyd had an official position underground for 36 years, until he was forced to leave that work because of silicosis. He is now a time keeper at the colliery. For nearly 25 years he was a member of the Wath rescue team.