300 at Civic Dance Greeted by Council Chairman and Wife

Guests were presented to the host and hostess Counc. T. Davey (chairman of Conisbrough Urban Council) and Mrs Davey by Mr C Rich the M.C. who was assisted in his duties by Mr John Hurley.

Dress was optional and dinner jackets and evening gowns rubbed shoulders with lounged suits and short dresses in a pleasing atmosphere of easy democracy.

A beautiful green plant bedecked the entrance to the ball room which was gay with streamers and had a huge of net of balloons suspended high in the roof. Carnival hats were distributed and shortly after midnight the balloons were released and came softly down in a bright cascades.

The programme featured modern and old-time dancers and the evening was further brightened by spot competitions and a Mr and Mrs competition. Refreshments were served on the balcony which circles the baths hall on three sides and the non dancers found it particularity diverting to sit up there listening to the music and watching the couples on the ballroom floor below.

Arrangements for the dance, which could very well become the highlight of the social season of the Conisbrough district, were made by the Urban Councils Bath Sub Committee who must be offered a bouquet for the way in which they made sure the event would be a success . 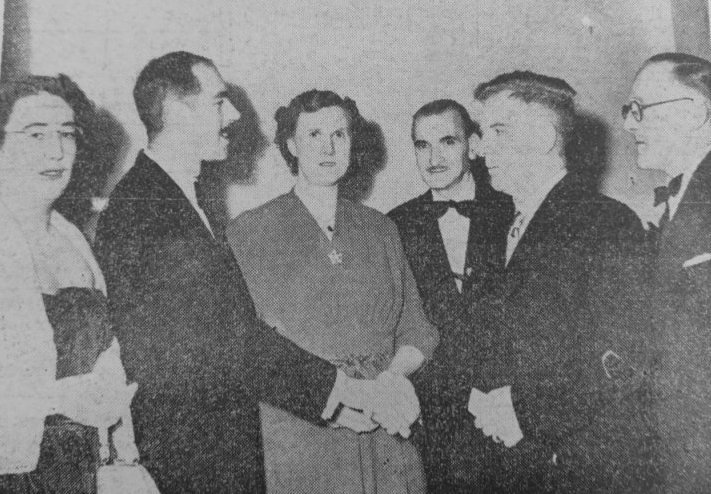 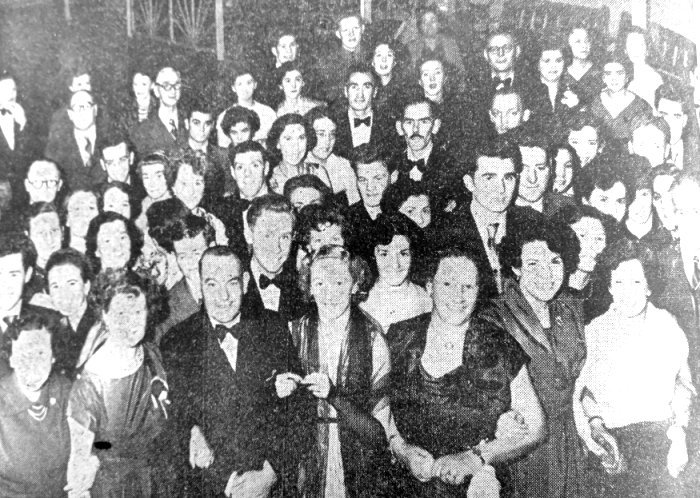 Guests at the Civic Dance