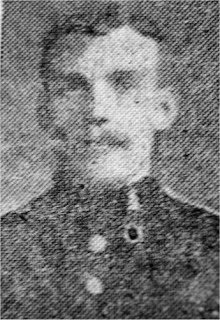 “As a reader of the Mexborough Times – I got it every word a week while I was in France – I would like to let you know I am back in good old Blighty once more.

This is the third time I have been wounded. I have been out in France since the war began, being called up as a reservist, and I have had some thrilling escapes. I got my last wound at Beaumont Hamel. I am gettingon very nicely and ought to be amongst you all very soon.

I belong to the Tunnelling Company, Royal Engineers, and worked at Cadeby Main prior to the war. I was one of those boys who sank the Shaftesbury mine, where poor Hackett VC was killed. We went from Givenchy down to Vimy Ridge, and from there to the Somme. I was sorry to read of Sapper HacketÂ´s death.

I myself have been blown up once in the same mine, and have had some very narrow escapes. I

t has always been a warm shop since we blew the crater that Sgt O´Leary got his VC for taking. I saw them take the crater, and they all deserve the VC. It was like hell on earth. The bombers had their shirt sleeves rolled up, and they worked like n—–s.

It was a sight I shan’t forget for a long time.”