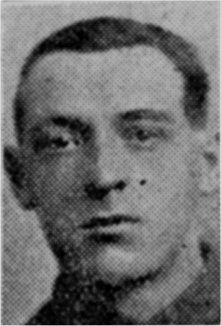 He was only 19 years old, and leaves a widow and one child.