At 22, Denaby Lad is Globe Trotter 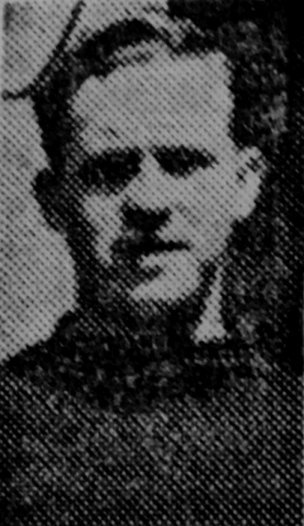 Home on 16 days’ leave after a six months’ sea voyage, Is 22-year Richard (Dick) Shephard   of Tickhill Street. Denaby, who docked at Grangemouth on Friday after visiting New Zealand.

Dick joined the Mechant Navy, two years ago, with a friend, after working in the Wagon Shops at Denaby Main Colliery, and has stayed in the service ever since.

On his last voyage he found himself on “British Liberty”,- a new experimental oil tanker of the British Tanking Company, which was making her maiden voyage to New Zealand, taking in oil from Iran en route.

With him was his friend Bill Harper (24), who has been at sea for seven and a-half years, including some time during the war, when he was bombed. The two met on an outward journey to Canada. 12 months ago, and signed on for a South American run within two days of landing in Montreal. They have now been on four ships together, and expect to maintain this association on their next trip, as Bill is at present staying with the Shephard family.

On their latest voyage they only stayed in New Zealand for three days, but it was long enough for Dick to compare New Zealand favourably with ” the States.” He said this week that he would rather like to live there, because, although it is hillier than he is used to, it is “nice and quiet.” His friend’ is an old acquaintance of the country as he spent four months along the coasts before—and he shares Dick’s views.

Although this is Dick’s first sight of New Zealand and of Iran (which he thought the hottest place he has ever experienced), he has been all over the Continent, including Portugal, France, Belgium, Holland, Germany and Poland, and has visited Africa and both the Americas.