Coun. D. Thompson, Chairman of Swinton Urban Council on Wednesday presented Royal Humane Society awards to five people for their efforts in trying to save a Kilnhurst man. Mr Eric Nota (22), who was drowned in a local tip pond. 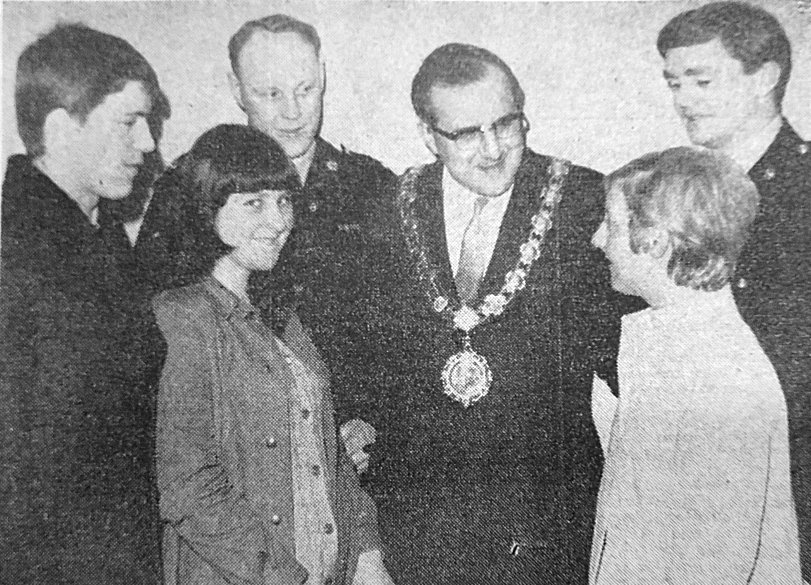 Coun. D. Thompson, Chairman of Swinton Urban Council, congratulates Sandra Marshall, Margaret Wharam, P.c. G. M. Joyce, P.c. W. Tomlinson and Fred Notar on Wednesday, when he presented the Royal Humane Society’s Testimonials to them for their part in the attempted rescue of a man from drowning in June, 1968.