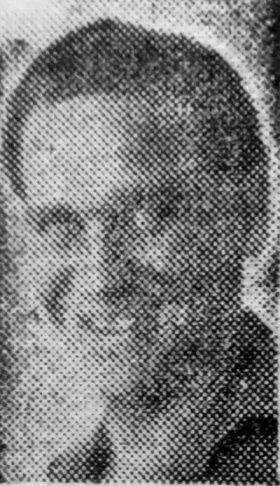 Alan Parker, 22, years-old Conisbrough “regular soldier, is back at his home at 1, Rowena Terrace, this week, after three years in Singapore. He is corporal in the Royal Army Pay Corps.

The youngest son of Mr. W.Parker, Alan was working with the Northern dairies until 1946, when he joined the Army for five years—’for no particular reason.’

He was stationed with the Royal Artillery until he was posted to Singapore. While he was there he was transferred to the R.A.P.C. Although the Malay Peninsula has been the centre of intense guerilla warfare, Corporal Parker (who put his stripes up just over a year ago) did not see any of it, as he was in Singapore all the time, and was doffing mostly office work. He had quite a peaceful time, in fact, with “more sport out there than you can get anywhere else.”

While there he met two National Servicemen from Conisbrough, both now out of the Forces. They were 20-years-old Tommy Wren (Conan Road) and Ron Farmer (Warren Road) who were posted there for some time. Corporal Parker is due to leave the Army in October, but is expecting that the present rearmament and Korean trouble will delay his release. What he intends when he does come out he does not know yet

Conisbrough Man has been Around – Served in Five Different Countries

Due from Greece (picture)