Back to Austerity – Because Living is Cheaper!

Will Spend Retirement in Mexborough 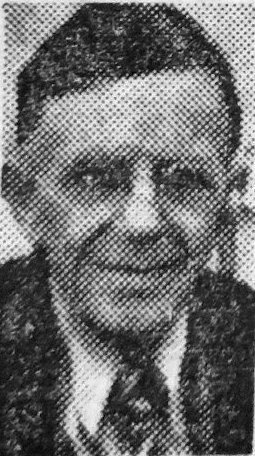 Mr William H. Newton, a Denaby man, who for 40 years has lived in America—richest country in the world—has returned with his wife to austerity Britain to spend his retirement—because living is cheaper.

Mr Newton is still of opinion that California, where he has lived for many years, is the finest place in the world, but unless he took out citizenship papers he would not receive an old age pension and would have to continue working in order to live. The idea of taking out American naturalisation papers did not appeal to him, and he felt there was another snag.

So Mr. and Mrs. Newton have taken the first step towards settling in England

They have bought a house at Beaconsfield Street, Mexborough

Mr Newton went to Newfoundland, Canada, in 1906, with many other miners from the district, “to better ourselves.” They did better themselves, according to Mr Newton. At that time Mr Newton had been working at Cadeby Colliery and has spent most of the 44 years in coal mines in Canada and America, mainly in Alberta.

His wife, Mrs Leah Newton, went out to Canada in 1910, to join her first husband, Mexborough-born Mr Alfred Jackson. He was killed in the first world war, and in 1919 Mrs Jackson married Mr Newton. Although she had lived in Denaby and had attended the same school as Mr Newton, neither had previously met.

Another Denaby family in California is the Beal family, living in Stockton. Mrs Beal is Mr Newton’s sister.

Mr Newton returned to England in 1909 and went back to Cadeby for a year. He did not like the work and returned to Canada. The last time he came over was in 1924 for holiday.

He says the district has not changed a great deal. Wages and conditions of work in America are vastly superior to those in England, but so is the price of living, about five times higher. In America, however, things are plentiful. ” England is 100 years behind America,” is Mr Newton’s comment.

English rationing is not so bad as they had feared. They have no complaints about the quantity of food they have had, but they wonder where all the luxuries are.

English weather is not so good. Mr Newton has only seen snow once since he left England. Rain there is infrequent. Since arriving in England Mr Newton has not seen one fine day, and Mrs Newton has had difficulty in drying her washing. They have already had to buy coal, where as they had previously bought only one ton in 40 years.