Bandmaster Richard Bagshawe, now interned at Groningen Holland, is an old Denaby bandsman, and played the double B bass. At the time of enlistment he was employed at the Hickleton Main colliery as a miner, and lived at Thurnscoe, but was about to return to Denaby mMin and to work at the Denaby main colliery.

He joined the Royal Marines, and took part in the defence of Antwerp, after which operation he was interned. While in camp at Groningen he has formed a splendid brass band of the Marines, and in the photographhe is seenconducting the band.

Bandmaster Bagshawe was recently over on leave. 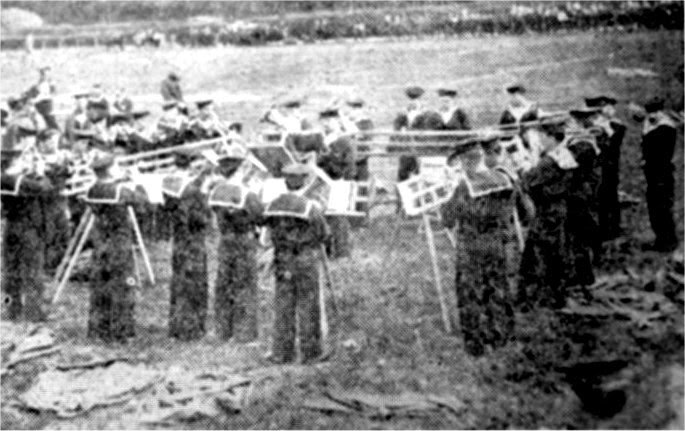 The above photograph is of a brass band formed in the internment camp of Groningen, Holland, by bandmaster Richard Bagshawe, formerly of Denaby, and a member of the Denaby Main ambulance band.

Bandmaster Bagshaweis seen in the centre conducting the Band. Reference to hiswar service and his previous connection with the district is made in another part of this page.

Dinner and Concert for Bandmaster