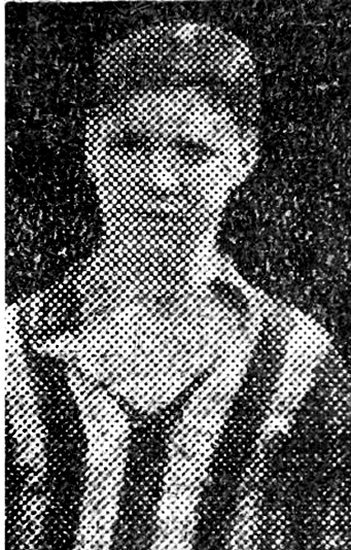 Denaby again visited the Barnsley district on Satutday and after leading by two. Goals after 20 minutes in the end end lost 2-4.

The Barnsley side were bigger and during the second half they played too vigorously for Denaby, Up to that point Denaby played the better football and the fine defensive work of Barker (picture), their right back was a feature of the game.

Bond, the Denaby right half was not up to form and he ought to have prevented two of the goals. Of the forwards Mannion was the best and scored both goals.