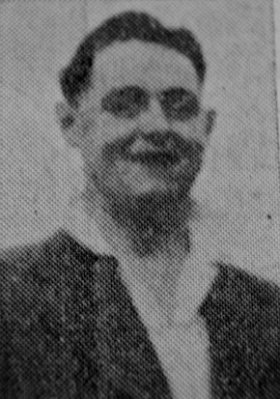 Alan Barthorpe, whose photograph we publish this week, is the only son of Mr. and Mrs. B. Barthorpe, of 17, Tickhill Street, Denaby Main. He is serving with the Coldstream Guards.

He volunteered about three months ago to be able to enter the regiment with which his father served for four years in the last war. Guardsman Barthorpe is doing well and is happy and enjoying the life. He has obtained, after only seven weeks training the Guards Depot Recruits Musketry course Medal, having gained (77) points out of a possible 80.

He is proud of the fact that he is wearing the cap star and numerals his father wore in the same regiment in the last war. Guardsman Barthorpe is well known in the locality having been employed before enlistment in a Mexborough tailoring establishment.

His father is a special constable.