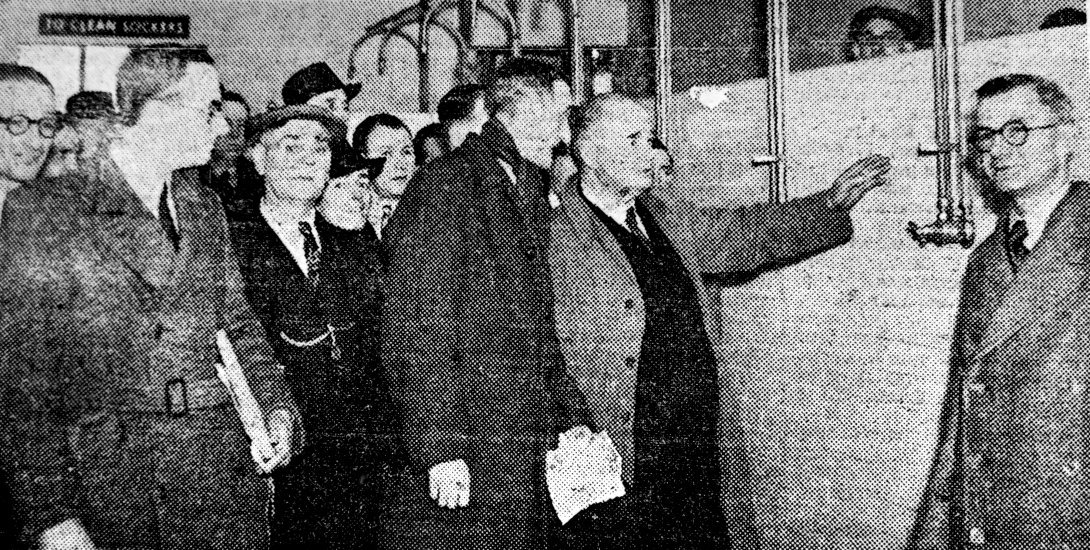 At Denaby on Saturday Mr. J A. Hall C.B.E., J.P., President of the Yorkshire Area of the N.U.M.., opened’ pit head baths at Denaby MAW Colliery.

These baths, completion of which if was held up by the war. will accommodate 1,358 men They were -4 erected at a cost of £29.040 and ar. the 44th to have been opened in South Yorkshire. The total number of baths to be completed by the Miners’ Weltare Commission is now 354 and these provide facilities fot 434,644 miners.

At the opening of the ceremony ‘ on Saturday afternoon. Mr. W. A. Woodlands, Divisional Architect for the Miners. Welfare Committee, handed the trust deeds to Coun. J. T. Collins, Chairman of the Baths Trustees, and Mr Hall declared the baths open.

In addressing the audience Mr Hall said the Pit Had Baths had an important role to meet in the need for miners to be clean at the Pit Head before they left for home.

“In the past the miner had always been on his own apart from everyone else, but now he was no longer isolated, he was no longer looked upon as the Cinderella of social life.  The miner was now in the forefront with a highly important part to play in the recovery of his country

” Let us forget the smarts and brutalities suffered in the industry during the past century and go forward with this important task.” he said.

” We are at the cross-roads through no fault of our own—people must not forget that it was the trade unions that first sent up the cry to halt Hitler—and if I had to choose which came first, my country or my trade union, I should not hesitate to say my country shall have first place.”

In a short address, Mr. Tom Smith paid tribute to the work of the Miners’ Welfare Commission and said that in all its branches it had fully justified its existence. So fat as the N.C.B. was concerned they were out to gel, maximum welfare throughout the division.

Mr. J. R. A. Machen remarked that had it not been for past oppositon to a scheme for pit-head baths at Denaby the preset  auspicious occasion would have taken place five or six years ago.