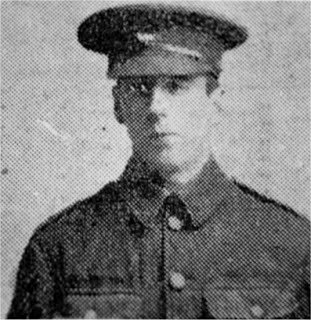 Private Beaumont of Gate house, The crossing, Denaby Main, has been killed in action. In addition to the official intimation, the bereaved mother has received the following sympathetic note from the platoon sergeant, W.Shaw:

It is with the deepest regret that I have to write to tell you the condition of your son. Last night we had an enormous bombardment from the Germans. We were holding the advance trench, which was only 25 yards away from the enemy. We lost a few of my platoon, of which I’m sorry to say your son was one.

I hope you can bear this important news as well as you can. I can say that your son proved himself what every Britain tries to, that is, a hero. When we found him he was still standing in the firing position, buried up to the waist. I can tell you, it is a severe loss to us, for he was a sober, honest, and good man, and he never had been in trouble of any description since he joined. I hope that God will watch over you and help you to bear this important news. I ask you to remember that he died nobly for his king and country.”

The chaplain of the Regiment, the Rev W. Telfer, writing to Mrs Beaumont says:

I thought it might be some small comfort to you, in your sad loss, to hear that your son remains had been laid to rest with all the loving care, it could show. The grave is in a little pink rose graveyard on the edge of a park belonging to a country house. The pioneers of erected across at the age of the grave, and painted a Memorial inscription on it, very nicely. An exact record of the spot is kept at headquarters, and the graveyard will continue to be cared for and protected. The sympathy of his comrades and officers was out to you in your bereavement.”

Soldier – Beaumont, A. – A Denaby Gunner