The photograph is of Seaman Herbert Bell on HMS Spanker, who is taking part in the silent vigil of the fleet since the commencement of the war.

The greater part of the time he has been with the grand Fleet, but has also taken part in actions off Zeebrugge.

In a letter home, he says he doesn’t think Von Tirpitz will venture into North Sea again, and that if there is to be a big naval battle it will probably take place in the Baltic. 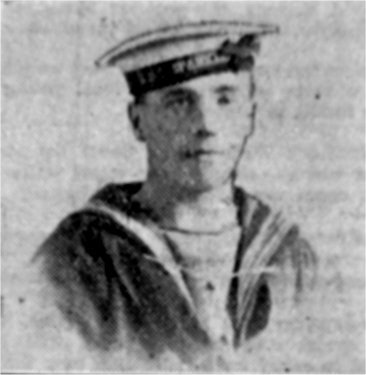