Men at Cadeby Main Colliery, Conisbrough, who postponed their holidays-with-pay week from July until this week to permit an important haulage’ reconstruction and transport scheme to be completed in the Barnsley seam, will be repaid on Monday for their patience and co-operation with the management when the new transport system will go into operation for the first time.

From Monday four 100 h.p. Diesel locomotives and 60 six-ton mine cars will be used to carry men and the coal along a two-mile haulage road which will operate from a point just outside the pit bottom to the loading point in the north-easterly direction. 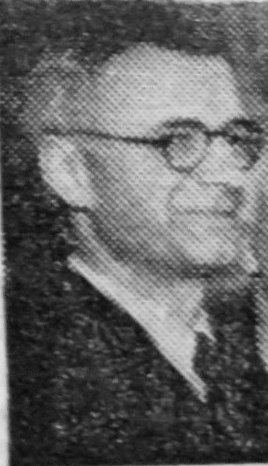 Mr. John Halford, (picture) Agent of Denaby and Cadeby Main Collieries “., told me yesterday: “It is hoped to ride the men in addition to the mineral, and that an. all-round advantage will be gained by reduced walking time and more time at the coalface to ensure increased output.

The road, which has been repaired and enlarged to a height of nine feet and a width of 12 feet, was first envisaged by the old proprietors, Amalgamated Denaby Collieries, Ltd. It was blueprinted by them, and taken to the practical stage by the N.C.B. The work, in the construction of which 60 men have been engaged, has taken three years. The locos and mine cars were taken down the pit previously and stored in readiness for the start of operations.

Mr. Holford explained that at present the scheme covered only half the Barnsley seam, the principal seam at the pit, but it would be extended to cover the whole seam in the next 12 months. The scheme would replace the endless rope system and the use of 11cwt. tubs.

Near the pit bottom the coal will be transferred to small tubs for taking up the shaft, but it was eventually intended to introduce skip winding, and it was hoped that then the six-ton mine cars would go to the skip winding in one completed operation.

The colliery employs 1,350 underground, and it was expected that the completion of the scheme will release a number of men co o to the coalface and bring the colliery back to its normal output in 1947 of 10,000-11,000 ton

Apart from Manvers Main, Cadeby Main will be the only pit in the N.C.B.’s North-Eastern Division No. 3 Area to have large mine cars.