Three well-known members of the Denaby Main Ambulance band have “done their bit” for their country. (also see Tom Branston and Richard Bagshawe) 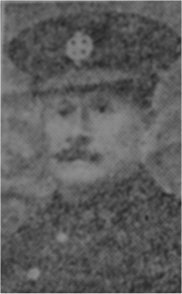 Band SergeantHarry Bird, 32 Pitt Street Mexborough, a reservist, has been with the Rifle Brigade about 18 months, and is now stationed in Egypt.

Before joining the Army he was tenor trombone soloist in the Denaby Band, and was employed at the Denaby Main colliery as an engine driver.

He is now a band Sergeant in the regimental band