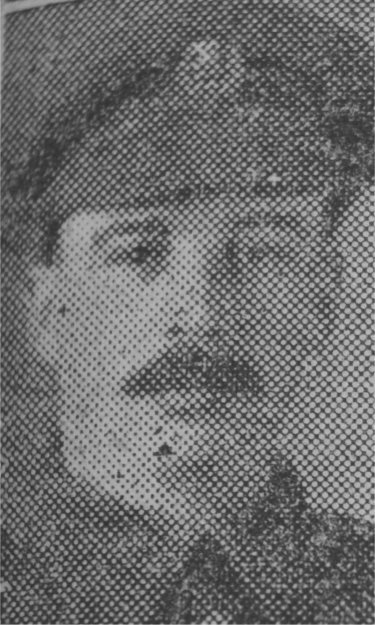 of 19 Maltby Street, a married man with 3 children, was killed on 12th September.

He enlisted in November 1914 and had served in Gallipoli, in Egypt and finally in France. Mrs Booth has received the following letter from his commanding officer:

“I am sorry to tell you that your husband, Sergt. A.C.Booth was killed by a German shell last night. His death was instantaneous, so he had no time to suffer. I hope your pride in him as a soldier will somewhat lessen your grief. He was buried this morning at a little cemetery behind our lines, where several more of his regiment are buried. As his commanding officer I am sorry to lose him, for he was a good N.C.O.”

Mrs. Booth has also received the following letter from the Rev. T.Rees, Church of England Chaplain to the brigade:

“It is my sad duty to inform you of the death in action of your husband. I am the chaplain (C of E) of his brigade, and it was I who buried him this morning, in a little cemetery behind the lines, the exact location of which you will learn later. I am writing just a line to you unofficially to express my sympathy with you. Your husband died nobly in a noble cause. He gave his life for his country. He was struck by a shell and his death was instantaneous. No words of mine can lessen your great loss. Your only true comfort les in the certainty that death is not the end of life. It was only the outward shell I committed to the earth today; the real man, the husaband whom you knew and loved, still lives, and lives more fully and intenseley than he ever did this side of the veil. Try to think of him in that way.”