Bowls – ‘Harder Than Soccer, Daft As It Looks’ 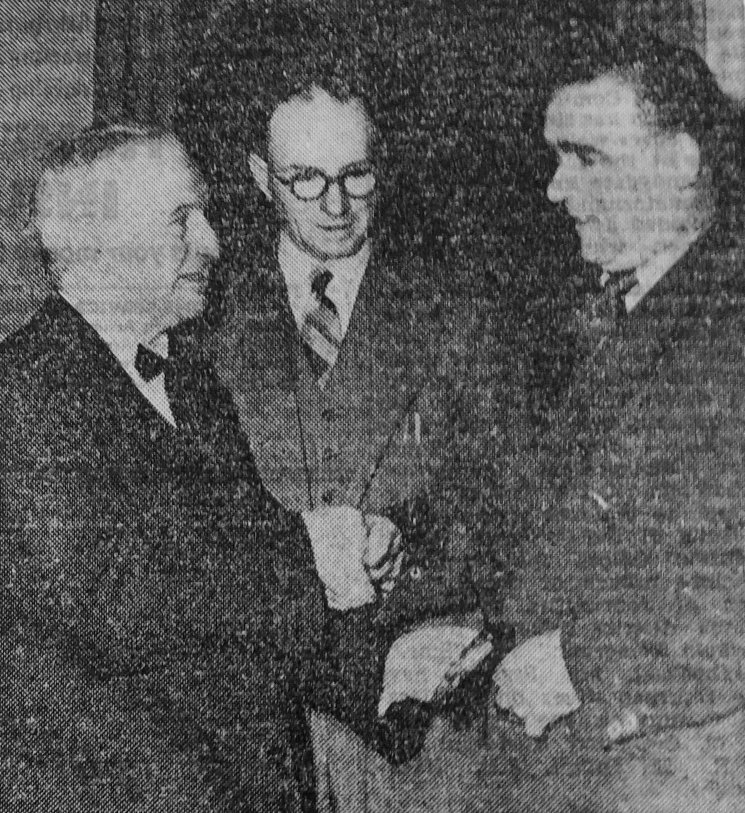 ‘Bowls is an old man’s game.’ These were words Mr. George Madin used many times when he played football For Denaby United. George put everything he had into his game, and be could not appreciate the finer points of the ‘old man’s game.’

Then his football career (he played eleven seasons for the Midland League Club) was brought to an abrupt end. He emerged from a tackle with a fractured leg.

He was 24 at the time and young enough to fight back. But he was unable to make the grade again, and he began to look round for another form of recreation. His pals persuaded him to take up bowls.

George, of Strafforth Terrace, Denaby Main, is now 33. And during the past eight years he has been playing at bowls, and what a shock he got the first time he tried!
‘It’s harder work than football, daft as it looks,’ he said. ‘After my first game I was all aches and pains.’

On Friday, George, who was once on Sheffield’s United’s books, broke a record – at bowls! At the annual dinner of Denaby and Cadeby Athletic Club he was presented with a silver cup for winning the Wath and District League averages.

George’s record? During the whole season he lost only two of his 40 games, and it is believed that such a feat has not been done before.

Club President, Mr. Herbert Foster referred to the ‘splendid performance.’ He said the two games which were lost were 21-20 and 21-17.

George, in an interview with a ‘South Yorkshire Times’ sports writer, had this to say: ‘Without and fear of contradiction, I say that bowls is the finest game there is. It needs concentration and skill, and it takes years to master it properly.’