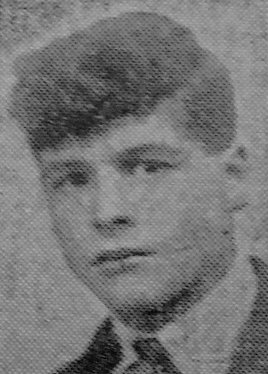 Boxing fans in this district closely follow the fortunes of Harry Crowley, Billy Yates or Steve Firman, but seldom is anything said of that rising young light-weight, Ellis Ashurst, of Denaby, understudy to Firman at the Denaby Boxing Club.

Little was known of Ashurst 12 months ago, but he is now beginning to “make a name.” After he left school three years ago be took to weight-lifting, and carried on with that type of physical culture till this season. Then he joined the Denaby Boxing Club, under Frank Lane. He has had seven fights, including four interclub bouts and has been beaten once only: on his first appearance in Sheffield.

His first win was at Denaby over Stan Davies (Maltby) over six rounds. Davis was not satisfied, and challenged him over a longer distance, and the challenge was accepted. Ashurst met Davis over ten rounds at Adwick-le-Street on Saturday and won on points. It was the fastest bout ever seen in that ring.

Ashurst’s last appearance was at Sheffield was also successful and if he keeps up his form he will become a favourite at the South Street Hall. He is only 17, but has a hard punch and a sound defence.