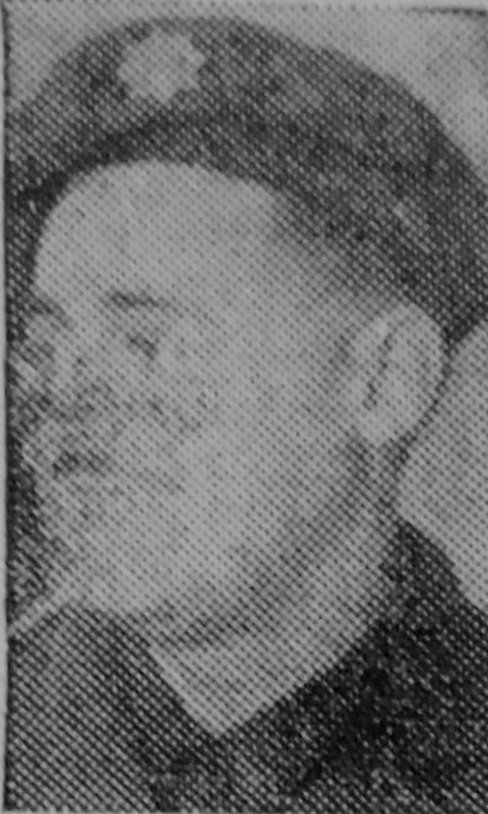 Local men were among members of the battalion of Cold stream Guards who one week found themselves in the strong defences of the Wesel bridgehead and the next performing special guard duties at the residence of the governor of Brabant during a visit there of Queen Wilhelmina of the Netherland (writes a military observer).

L/Sgt Alan Barthorpe whose mother lives at 17 Tickhill Street, took part in an assault by  his battalion which marked the final cracking of the Nazi defences on this side of the Rhine.

He and his men fought their way for 1500 yards in face of some of the heaviest shell and mortar fire they had known. They advanced with fixed bayonets and routed Germans out of their houses which have been converted into Spandau nests and miniature forts each containing from 30 to 40 of the enemy.

At one point they were fired on by German self-propelled gun from the corner of a wood but this was silenced as one section rushed into wipe out the crew while another section gave them covering fire.

When they came out of the line it was to find a vastly different job awaiting them, for they were among a company sent to perform special guard duties at the governor of Brabant’s residence during the stay there of Queen Wilhelmina.

The Queen inspected the Guardsmen on a ceremonial parade. She later expressed herself so pleased with the efficient manner in which the guard had been performed that she desired them to remain there for an extra day. In a speech she thanked “the very valiant guard.”

L/Sgt. Barthorpe is the only son of Mr. And Mrs. B. Barthorpe, of 17, Tickhill Street, Denaby Main. He enlisted in June, 1940, in his father’s old regiment, the Cold stream Guards.

He was drafted to France in D day week and fought from Caen to Rhineland. He returned for seven days leave and re-joined his regiment on Tuesday, April 3.

Prior to enlistment he was employed in Mexborough tailor shop.