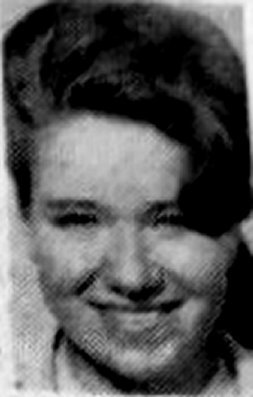 Within five hours of early learning of his wife’s death, Cpl Derek Goodban, serving with the Army in Germany, had been flown home.

The bride of 18 months, Mrs Catherine Elizabeth Goodban, was born in Ramsgate and lived in Scotland before settling in Conisbrough in 1955.

She met her husband when she joined the women’s Royal Army Corps in March 1965. She had been married for 18 months, but she had been with her husband from a four-month because of his army commitments which first took him to Aden and then to German. She was due to have joined in Germany about this time, and the accompanying photograph was taken for her passport.

Catherine, was the eldest daughter of Mr Mrs HW Goodban of 11 Maple Grove Conisbrough and worked before joining the WRAC, at Dale Brown’s, Swinton. She was very keen on photography and dancing.

She was living with her mother-in-law, Mrs E Sullivan, in Walton Highway, Cambridgeshire, and had returned home from the cinema and gone to bed. Later that evening her nine-month-old daughter Marie was heard to be crying and Mrs Sullivan went to investigate. Catherine was found unconscious and a doctor was called. Within 30 minutes she had died of a brain haemorrhage.

A few hours later, her husband was told and was flown home via Gatwick.

G I Bride Crazy to Go to United States (pictures)