Wounded And Blown Up
Former Conisbrough Surveyor in The Wars 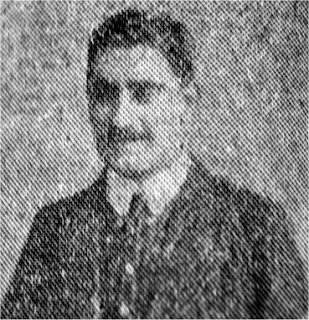 Private Bridges enlisted at the outbreak of the war in the Sherwood Foresters, and went to France on October 1st. After three months in the trenches at La Basse he came back to England suffered from frostbite and a wound in the hand.

He returned to the front in March, and on May 11 was with a party who entered a German trench, which had been captured that morning. He was wounded in the head by a hand grenade thrown by the Germans. He received first aid treatment, and continued on duty as sentry. The trench was blown up by a German mine, and Bridges was rendered unconscious, remaining so until the following Sunday, when he found himself in hospital.

He was brought over to Brighton, where he now lies suffering from partial paralysis of the legs and hips due to spinal injury.

Private Bridges was thus suffered so much for his country, is extremely well-known and popular in the Conisbrough Dixie as indeed were the Bridges family. He was for a number of years, assistant surveyor at Cadeby colliery and an active member of the Conisbrough cricket, tennis and hockey clubs