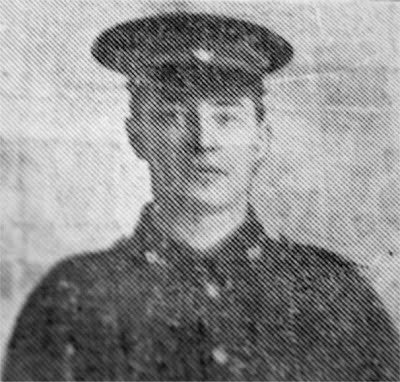 Mr and Mrs Broom, of Milton view, Denaby main,have given three sons to the Army, and one of these Private Albert Broom (photo below)of the first/fifth King’s own Yorkshire light infantry, has already seen severe service, and has been once wounded by shrapnel, which grazed his skull.

After treatment at Havre he returned to the trenches a month ago, and recently, while leaving the trenches, he had a narrow escape,his overcoat being torn from his hand by shrapnel, whilst he remained uninjured.