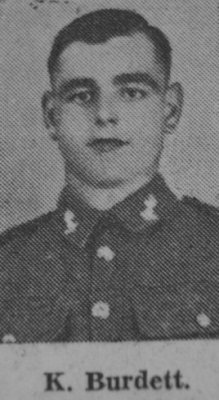 The Burdett family, of 117, Tickhill Street, Denaby, have three sons already serving with the Forces and three other members of the family have also registered for military training

The three serving brothers are Sergt. Frank Burdett (30), and Gunner Kenneth Burdett (24), both of whom are in the royal Garrison Artillery, and Sapper Albert Burdett (25), who is in the royal Engineers. We reproduce their photographs through the courtesy of their sister, Mrs Francis of Parkgate Avenue, Conanby. 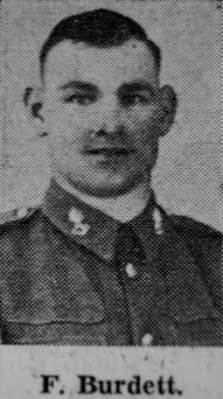 Sergt. Frank has had five years in the Army most of it abroad, principally in Hong Kong and Malta, while Gunner Kenneth has had six years , four of which have been spent at Hong Kong.

Both of them were employed in the family haulage contracting business before they joined up. 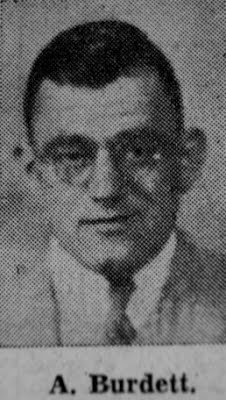 Sapper Albert, who was engaged in the Cottage Repairs Department of the Denaby and Cadeby Main Collieries volunteered for service in October and took part in the excursion and was one of the last of the Dunkirk men to leave during the evacuation: he arrived back in Britain safely.

All three sons were educated at Balby Street School, Denaby and their father Mr. Wm. Burdett is a well-known Denaby resident