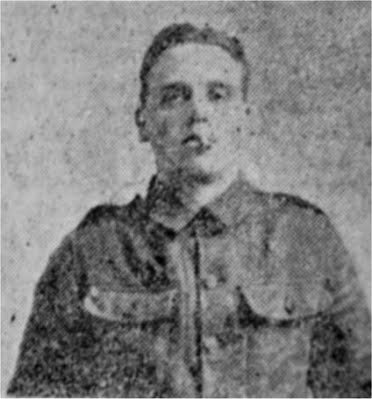 of 59, Balby Street, Denaby Main, is to receive the Military Medal for conspicuous bravery displayed on March 10 while engaged in bombing the enemy.

He was originally one of three brother soldiers, but one of them was killed in action in December 1915.

59 Balby Street Denaby main, who won the military medal on March 10 for conspicuous bravery in action was killed on May 3.

He was one of three soldier brothers, two of whom are now being killed.