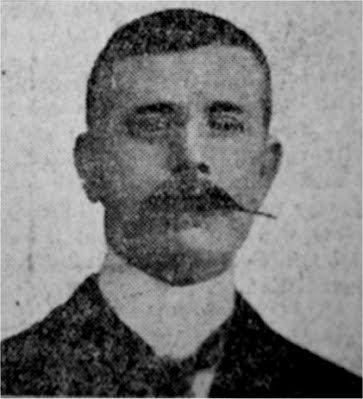 The many friends of Mr Harry Hulley will hear with much pleasure that he has recently been promoted from the position of under manager at Cadeby to that of manager, in succession to Mr Cocks, who has removed to another colliery. Mr Hulley is a native of Greasborough, where his father and other relatives now reside, and his eminent success is a source of much pleasure to his numerous friends.

His career is a remarkable example of true British grit and determination and the success that he has attained is a just reward for his undaunted perseverance and courage.

After working for some years at the low stubbin colliery of Earl Fitzwilliam, as a Collier, he was appointed deputy at the Rotherham Main colliery of Messrs John Brown and Co Ltd. Obtaining a second-class certificate a few years later, he removed to Cadeby, when he afterwards qualified for a first-class certificate. Even then Mr Hulley continued his studies, and for several years has been engaged as a mining teacher at Denaby under the West Riding county council.

He also interested himself in ambulance work, and was specially trained for rescue work, so that prior to the terrible disaster at Cadeby colliery, in July 1912, he had been the leader of rescue parties at Maltby, and other places where explosions had occurred.

At the time of the Cadeby disaster he was acting as charge deputy, and as the organiser of the rescue partyit will be remembered that he distinguished himself, and was one of the two persons awarded the Edward medal of the first-class for bravery.

A short time afterwards he was appointed under manager at the same colliery, when he has now assumed full command.

During his 12 years residence in Conisbrough and Denaby, Mr Hulley has interested himself in public affairs, and for some time has been a councillor, and for several years has acted on the management of the cooperative society.

This promotion is well deserved, and we heartily congratulate him on his continued success.

Alleged Indecent Assault by a Certifed Colliery Manager at Denaby.