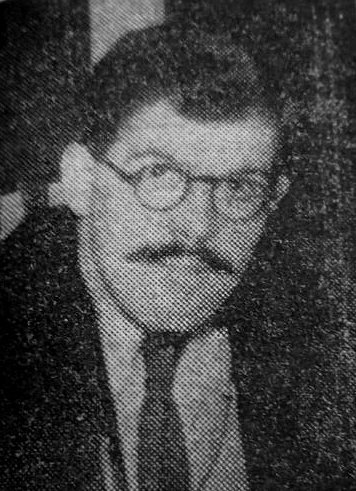 Mr. Peter Gower  Tregeiles, manager at Aldwarke Main Colliery near Rothernam. since February, has been appointed manager of Cadeby Main Colliery, Conisbrough in succession to Mr J R Jenkins, who lost his life in a  double  mountaineering tragedy while on holiday in the Italian Alps in August. He took up his new duties on Monday.

A native of Falmouth (Cornwall) Mr Tregelles, a bachelor, will reside at Craganour ,Stainton Street, Denaby

Prior to Mines Nationalisation Mr Tregelles was with Doncaster Amalgamated Collieries Ltd, from 1940 and performed his coalface work at Markham Main (Armthorpe) and Bullcroft Colliery.

Mr Tregelles, who obtained his Bachelor of Engineering degree at Sheffield  Universitv, was assistant manager at Yorkshire Main colliery, Edlington. and, later, at Bullcroft before going to Aldwarke.

An enthusiastic sportsman, Mr Tregelles, despite his serious accident, is a keen Rugby player He captained the Varsity Rugby XV at Sheffield and last season was rice-captain of Doncaster’s first XV This season he is fulfilling a similar office with Rotherham Rugby Union club.

Deputies at Aldwarke Main bade Mr Tregelles farewell at a social at Parkgate on Saturday, when on behalf of the deputies, Mr W James (Yorkshire Deputies association_branch delegate) presented Mr Tregelles with 100 cigarettes and a cigarette lighter.

The new manager at Aldwarke Is Mr N Irving