Car Skid into a Conisbrough Garden
A Spill in the Night 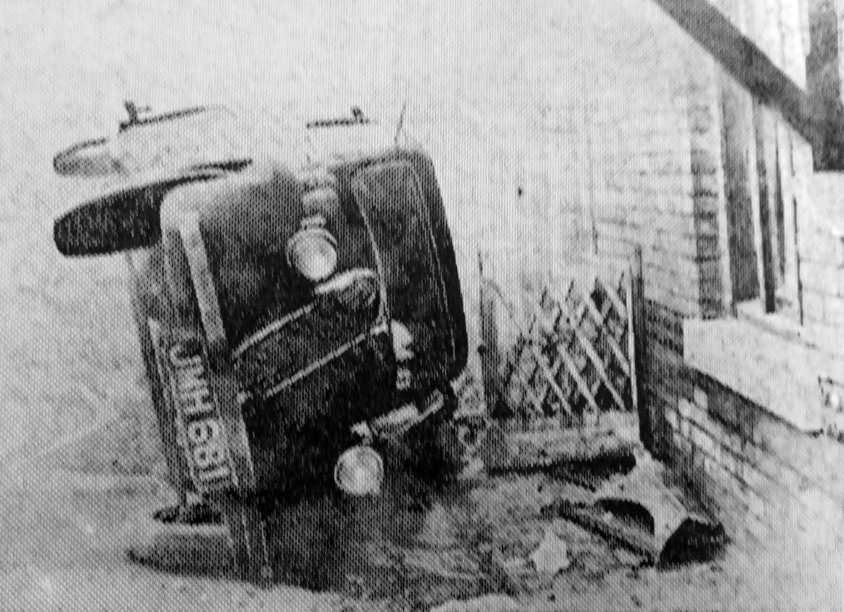 Awakened in the early hours of Monday morning by a terrific crash, Mr and Mrs Edward Rotherham and Councillor and Mrs T Davey of 14 and 15 Castle Grove Terrace, Conisbrough, dashed downstairs expecting to see someone killed or at least badly injured, when they saw an upturned car in the front garden of the Rotherham’s home.

Driving home from Doncaster Raymond Johns (21) of Longley Road, Barnsley was coming round the corner in Low road, near Castle Grove Terrace, when his car skidded, turned round in the road and came to rest on its side in the Rotherham’s garden.

After the top of the car hard been cut away the driver was released (without a scratch) as Mrs Rotherham told a “South Yorkshire Times” reporter.

He was taking to Mr and Mrs Rotherham home and given a cup of tea while the police were informed. He was then taken home, little the worse for his spill except for the loss of his car.

Viewing the mess the car had made of the garden Mrs Davy said she had always wanted a car but she had never expected to “get one” in the such circumstances.

Garden Of Rest Work has Begun at Conisbrough.