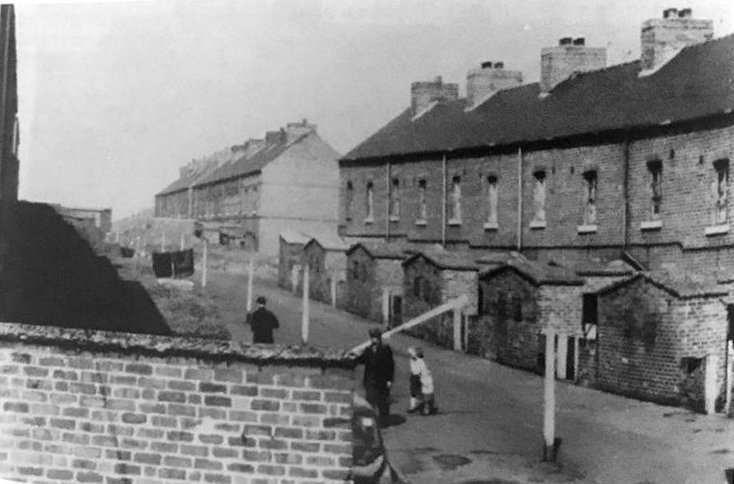 The houses in Adwick Street had 2 rooms plus an attic upstairs, 2 rooms downstairs, a small backyard with outside toilet and coalplace.

Water was installed in 1902. Gas supplied by the Colliery Co. was used 1898 to 1951 when electricity was installed. The houses were demolished in 1968.

From John Gwatkin’s Photographic Record of the Old village of Denaby Main
Photo: A Corney