Chapel and Church Buildings in Conisbrough and Denaby Main

According to historian Roy Strong, local churches are an important community resource being `tru|y democratic buildings, the meeting place of ordinary people through the ages’. They are, he suggests, ‘expressions of past human beings,everyone’s ancestors over the centuries´:

Their very fabric tells us of prosperity and depression, of war and peace; extensions in size reflect rise in population; the names of the headstones reveal the families who for generations moulded the life pattern of the land.

Strong writes about the traditional parish church of the Church of England but his sentiments are applicable to other denominational buildings including those known, colloquially or officially, by other names such as chapels. It is therefore useful to regard chapel and church buildings in Conisbrough and Denaby l/Iain as an important part of the local heritage, an importance not confined to those with Christian beliefs. This article outlines places of worship in current use and gives an overview of their features and history whilst commenting en route on past religious buildings. Factual material is drawn from information in the public domain, (accessed between March 24th and March 31″, 2011), supplemented by personal knowledge, observation, and photography. Views expressed are those of the author and do not imply any agreement by other individuals or organisations. 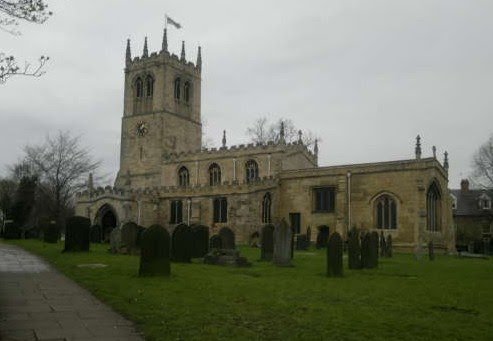 St Peter’s church, part of the Anglican Diocese of Sheffield, is thought to have been built around 740 AD making it the oldest building still in use in South Yorkshire. Grade I listed since 1962, its Church Street nucleus embodies the remains of a Saxon Minster church subsequently remodelled in later centuries. Thus its chancel was enlarged in 1050 AD, three side aisles introduced in the 12* century, and the nave and chancel extended eastwards in the 14* and 15* centuries. A controversial Victorian restoration in 1866 saw the north aisle rebuilt and an organ chamber added, (this latter was removed in the following century), but much of the churchÂ´s previous interior was destroyed. Even so many historical artefacts remain including altar slab, burial and memorial stones, sculptured stone tomb chest, stained glass windows, wall carvings, and 15th century baptismal font. Various pews have a mouse carved into the solid wood, the trademark insignia of Robert Thompson, a nationally celebrated church carpenter. There are also more recent features such as an office, memorial chapel, sculpture of Jesus, and a vestry. Outside the church there is what is believed to be an early preaching cross which probably served as a meeting point for Christian assemblies until 540 AD when a wooden church was built on the site. Additionally, the churchyard contains many ancient graves although engravings on some tombstones are not easy to read due to the passage of time. 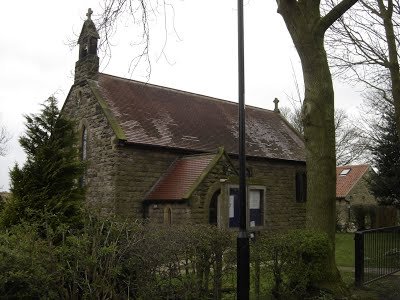 One of them, St Andrew’s church in Conanby, closed last century but the other, Clifton mission church, remains a worshipping part of the ecclesiastical parish. Built about 100 years ago as part of a nearby village hamlet, it is a small picturesque building in Church Lane. An updated interior does not detract from a historic neatness of form.

Methodism in Conisbrough has its roots in the national evangelical movement led by the Wesley brothers, Charles and John, in the 1B”` century. In the latter part of that period Methodist preachers used Conisbrough Castle grounds for open air services each Maundy Thursday and Good Friday. In 1810 a Methodist chapel was opened in what is now Castle Terrace whilst Kilhamites, (as a dissenting Methodist group known as New Connexionists were known), and Primitive Methodists, (another breakaway grouping), also had places of worship in the village during the 19m century. Today local Methodists worship in Chapel Lane at a Wesleyan chapel erected in 1876 at a cost of Â£4,000. It contains distinctive features, including enclosed pews, preaching pulpit, and an impressive balcony organ first built in 1878, rebuilt and enlarged in 1912, and overhauled in 1962. The Wesleyan chapel is now part of the Methodist Church of Great Britain which was formed in 1932 from a union between Primitive Methodists, United Methodists, (itself produced via a 1907 merger between Kilhamite and other Methodist groupings), and Wesleyan Methodists. 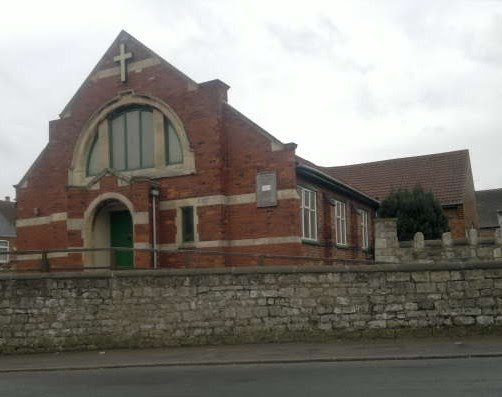 Although the Baptist Union of Great Britain was formed in 1891, English Baptism tends to trace its institutional roots from the 17*l` century. Prominent among its beliefs is a commitment to the local autonomy of chapels and churches, including in governance and worship. Locally this is manifested in Conisbrough Baptist church which meets in the Baptist chapel on Old Road. This is a brick building originating from the turn of the 20* century when funds from a Keighley benefactor helped it to replace a tin hut which had hitherto been used on the site from the late 19* century. Inside there are wooden pews and other Church furnishings which follow the conventional pattern of English Baptist chapels. There are also various memorial plaques including one for local Baptists killed during the First World War. A large rear room functions as a community meeting place. One wall has a poster featuring Mother Teresa of Calcutta. 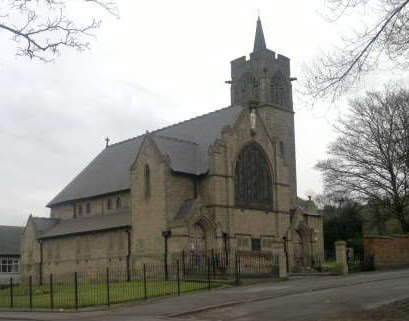 Until the Industrial Revolution Denaby was a quiet rural village with an agricultural pedigree. The opening of the Denaby Main colliery in 1867 was the catalyst for the formation of a mining community whose spiritual needs were met by a growth in local places of worship. The oldest of these is St A|ban’s in Wadworth Street, a Roman Catholic church which opened in 1898, four years after the appointment of the first local Roman Catholic priest. Built in Gothic Revival style using dressed sandstone and having Welsh slate roofs, its construction cost Â£4,000. A North aisle and chapel were added in 1910 with a Â´Mara Immacu|ate’ bell positioned in the newly built tower.

Since 1987 St A|banÂ´s church has been a Grade II listed building. Part of the Roman Catholic Diocese of Hallam, it continues to serve the local community. 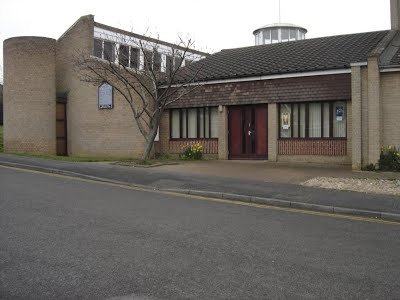 The growth of the mining community also brought about the expansion of Anglican influence. St ChadÂ´s church, originally a farm barn, opened in 1891 when Denaby became an ecclesiastical entity in its own right rather than part of Conisbrough parish. Prior to that religious worship had been led by visiting Mexborough clergy. St ChadÂ´s church had a Mission hall in Blyth Street from 1912. The church was demolished in 1932 and the hall in 1964 but in both cases their original roles had been superseded by the work of All Saints’ church.

First built in 1900 at a cost of Â£3,500, it was demolished in 1975 and a replacement located onto the then church hall opposite. Following a fire in 1977, church and hall were rebuilt but many items remain from the earlier church, including ceiling and floor timbers, font, pews, pulpit, and windows. A MinersÂ´ Memorial chapel was opened in 1989 much of it constructed from various items recovered from closed local coal mines. All Saints’ church is located at Church Walk. 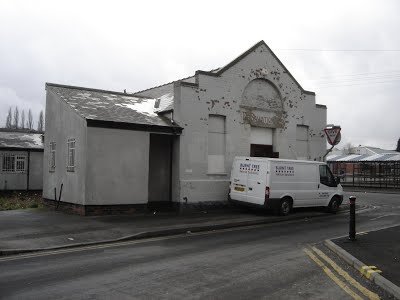 Other religious buildings prevalent in Denaby Main during its coalmining days no longer survive as places of public worship. A Primitive Methodist chapel built in 1895 was renamed Lowfield Methodist chapel in 1932 when the Methodists’ reunion took place nationally but ceased functioning by 1968. The Wesleyan Epworth Hall which opened in 1891 and redeveloped in 1924 was closed in 1974. Balby Street Baptist chapel, built in 1902, was sold in 1920. A Sisters of Mercy convent in Wadworth Street shut in 2006, 79 years after its opening in 1927.

An exception to these stories of religious demise is the former Salvation Army Citadel on School Walk. Though closed for public worship since 2001, it serves as a distribution and warehousing centre for that denominationÂ´s charitable activities. In doing so it maintains a link with Denaby Main dating back to 1893 when the Salvation Army Corps met in a redundant school room before opening the Citadel in 1928. This latter is on the site of a cottage in which the first Roman Catholic parish priest lived following his appointment in 1894.

The foregoing illustrates the range of denominational buildings which constitute part of the local physical and social environment. Their history shows the changing fortunes of religious allegiance both throughout the centuries and more recently in what has been called a secular age. Yet the present is not only the outcome of the past, it also represents the beginnings of the future. In this respect, chapel and church buildings in Conisbrough and Denaby Main are not immune from social trends such as declining church attendances and changing cultural expressions of spirituality. This, together with high and increasing maintenance and running costs, points to a bleak long-term future for some of the buildings. Irrespective of religious faith, if such a scenario happens it would be a sad loss to the areaÂ´s heritage and to the community’s collective memory. Its possibility is all the more reason to respect these local treasures today.

Allport, C H History of Conisborough From The Earliest Ages To The Present Time

Hey, David A History of Yorkshire: County of the Broad AcresÂ´ (Carnegie Publishing,

Wainwright, John Yorkshire: An Historical and Topographical Introduction to a Knowledge of the Ancient State of the Wapentake of Strafford and Tickhill: with Ample Accounts of Doncaster and Conisbrough and of the Villages, Hamlets, Churches, Antiquities, and Other Matters Connected Therewith (John Blackwell, Sheffield, 1829).