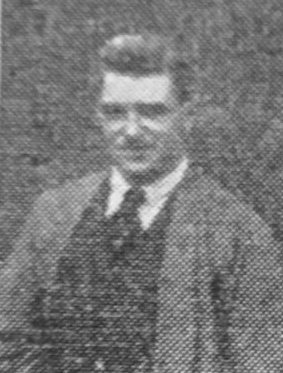 It was with a shock that Conisborough, on Sunday, learned of the sudden death of Mr. Charles Haller (35), of Ashfield View, Park Road, Conisborough, from septicaemia.

Throughout this area Mr. Haller had been well known, on account of his vocal talents, being a member of the Conisboro’ Glee Party, of the Don Valley Male Voice Choir, and of the Conisborough Wesley Methodist Choir.

Mr. Haller, who had previously been unemployed for a long period, had, during the past seven months been the steward of the Conisborough Recreation Hall, where his courteous manner had endeared him to the many members. In taking up this position Mr. Haller displayed a remarkable trait of character. The Recreation Hall was not then in a position to pay a big wage, yet Mr. Haller took on the position, at practically the same rate of pay as he was drawing in unemployment benefit, rather than be out of work. He had an understanding that if successful his labours would receive their just reward.

The measure of his achievements can be gauged for in that short period of seven months the committee was so satisfied with his endeavours that it on two occasions granted him increases of wages. The early death of such a man is a great loss.