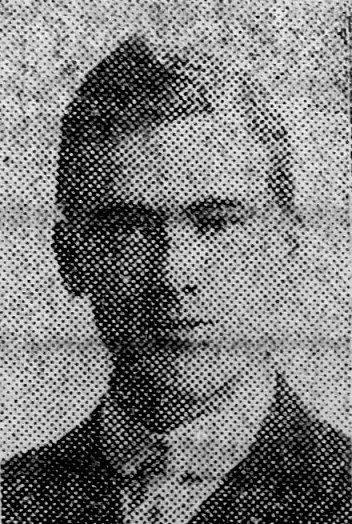 Last Sunday evening, in the vestry of the Denaby Parish Church, the vicar of Denaby Main, the Rev. S. Powley, on behalf of all the organisations of the church, presented to Mr. G. V. Smith, the retiring choirmaster, a complete set of Groves’s Dictionary of Music and Musicians in token of appreciation of his services as honorary choirmaster for the past five years.

Mr. Powley spoke of the devoted service which Mr. Smith had given to the church at Denaby in the capacity of honorary choir master. He had given cheerfully and ungrudgingly of his leisure and skill for the good of the church and the improvement of its worship. He was passing on and leaving behind those who would regret his loss deeply and cherish his memory dearly. They were very sorry indeed to lose him. He would be an acquisition to the Huddersfield district, or wherever duty called him. His friends at Denaby, in making this gift, were trying though inadequately to show that they had valued the privilege of having him with them and the help he had been able to give them.

Mr. Smith said he was delighted that the memento they had been good enough to give him had taken this form. He had long desired to possess these books, and they could not have given him anything he appreciated more highly. The memory of his five years’ work with the choir at Denaby would always be a pleasant one, and in going he had a sense of stepping out of a family circle When he came to them as a stranger they made him welcome, and had warmly and loyally seconded every best he made for the promotion of the best available and attainable church music

On behalf of the choir, Mr. E. Dabbs, the organist said they had been privilege to have the leadership of a remarkable man and he personally greatly valued the opportunity of having been associated with him.

Mr Smith had set them a very high standard and the best way to thank him was to maintain that standard after he had gone.

Mr. W. Wilkinson (because warden and a member of the choir) said it had been a joy to attend the rehearsals since Mr Smith came. He had made the work so much more interesting, and he would be greatly missed by every member of the choir.

At the Mexborough Secondary School yesterday the staff presented Mrs Smith with a book on chemistry at; the Musical Society (and which Mr Smith is the founder) gave him major scores of the works of great composers, and form for a in which he was master, presented Mr Smith with a pair of brushes.